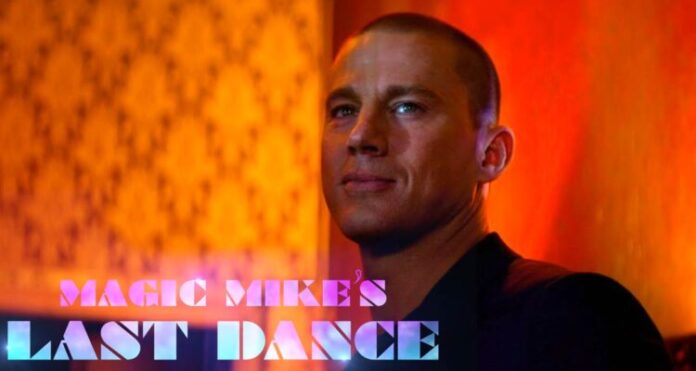 Magic Mike is headed to London! Magic Mike’s Last Dance, the third and final film in Channing Tatum’s surprisingly good, surprisingly long-lived exotic dancer franchise, takes the title character out of the strip clubs and bars of Florida and across the pond for one last shot at glory. And a waistband full of $1 bills.

The film stars Tatum alongside Salma Hayek, who plays a wealthy socialite who makes him an offer he can’t refuse. After he gives her a killer lap dance, of course.  The chance to put on a full stage show in London is everything Mike has been working for, but will his dreams come true? Or will he be left shirtless and broke?

Steven Soderbergh returns to direct, after taking a break from Magic Mike XXL. Tatum’s creative partner Reid Carolin wrote the script as he has for all three movies.