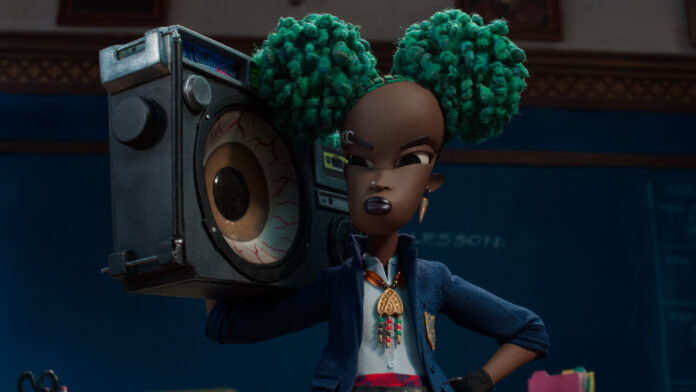 One of the most anticipated Netflix films of the year, finally got a full trailer. In an expanded first look of Wendell and Wild, 13-year-old Kat Elliot comes to terms with her own titular demons and save her town from their destruction.

The trailer starts out with Sister Helley (Angela Bassett) insisting to Kat (Lyric Ross) that she must face her demons or be met with dire consequences. Having lost her parents at a young age and having dreams about their passing, Kat seems resigned to ignore her feeling until her demons become real and get names.

Self-described as “magician morticians”, Wendell (Keegan-Michael Key) and Wild (Jordan Peele) are determined to raise an army of the dead and wreak havoc on everyone Kat knows. James Hong, Ving Rhames, and Ramona Young also lend their voices to the film.

Behind the scenes, legendary director Henry Selick is joined by Peele on the  writing front. He wrote and directed such creepy kids classic such as Coraline, The Nightmare Before Christmas, and James and the Giant Peach. With Peele’s love of horror and Selick’s mastery of the medium, it was only a matter of time before the two teamed up for an epic animated event.

Wendell and Wild will premiere on Netflix, October 28.