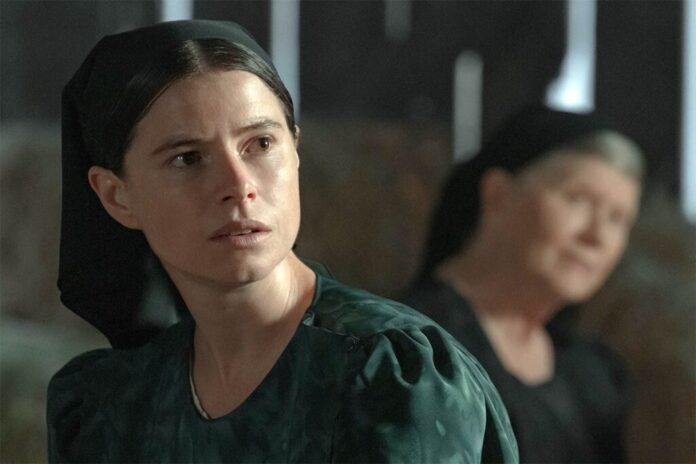 The awards season is in full swing, and while there has been a ton of buzz for a number of films already, I personally won’t start making any predictions until I see Women Talking. The first feature from director Sarah Polley in a decade, the adaptation of Miriam Toews’ acclaimed novel is stacked with a cast led by Oscar winner Frances McDormand, Claire Foy, Rooney Mara, and Jessie Buckley. I wonder if Mara and Foy talked about their Lisbeth Salander experiences while on set?

Women Talking is based on a real series of crimes, taking place in a strict Mennonite community where a group of women of differing opinions gathers to discuss the clash of their faith with reality. They all are victims of sexual assault by the town’s men and must decide on a collective path forward.

Also in the cast are Sheila McCarthy, Ben Whishaw, and Judith Ivey. Polley reunites with Luc Montpellier, her DP on Take this Waltz and Away from Her.

Women Talking opens in select theaters on December 2nd, then expands on Christmas Day. It will also play this week at the Middleburg Film Festival, so look for a review here soon.