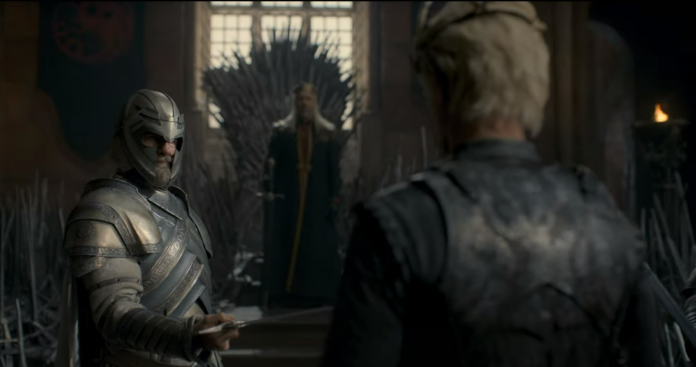 A spin-off of the MONSTER hit series Game of Thrones would have sounded like a sure-fire win in 2018, but it’s been three years since the disastrous final season of George R.R. Martin’s fantasy epic and for most of us those wounds are still fresh. HBOMax, however, things it’s been long enough and in just a day over a month from now we’ll be able to take in the premier of the Westeros prequel, House of the Dragon. I, for one, am cautiously optimistic.

I don’t mean to sound cynical, one bad season and 7 amazing ones does not a bad show make, it’s not the ending of GoT that concerns me. No, the real concern is a question of source. We are venturing into territory outlined but not directly written by Martin and, most would say, that is where the original series went bad. Thankfully we don’t have to blindly guess anymore, we have a full trailer to marvel at and if I’m being totally transparent…I’m fully on board and ready to walk in with my hopes high.

The series, which takes place two hundred years before the events of Game of Thrones will focus on the power struggles of Westeros (some things never change) with the Targaryen dynasty at the height of its power. Actual concrete details have been slow coming so it was a relief to see some of the plot outlined in the trailer below. It appears to be a story of succession and the inner (and outer) fighting that comes with King Viserys Targaryen (the amazing Paddy Considine) naming the person who will sit the Iron Throne when he dies.

The action and production values on display are second to none (although still no purple eyes) and the world portrayed is at the same time completely familiar and massively different. The real star of the trailer is, well, the stars. Paddy Considine, Olivia Cooke, Matt Smith, Rhys Ifans….I mean, c’mon, you don’t get all of these top tier talents signed on if you don’t have a great story to tell.

House of the Dragon takes place two centuries before the War of the Five Kings, focusing on the Dance of the Dragons. The show is based on George R. R. Martin‘s Fire & Blood, along with the novella The Princess and the Queen and the novelette The Rogue Prince.[2]