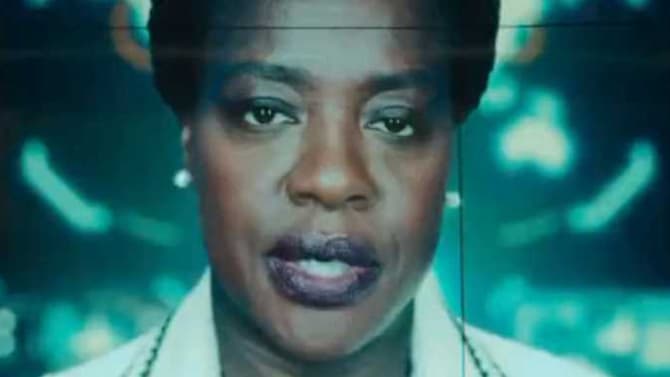 While quite a lot of what was shown during Warner Bros. Discovery’s DCEU presentation at Comic-Con has been released, there’s still a little bit that they held back. One of those was a teaser for Black Adam that featured Viola Davis as Amanda Waller, appearing to  recruit the Justice Society of America to battle the all-powerful antihero.

That footage has now been released, and it not only features Dwayne Johnson’s Black Adam tearing a path of destruction, it puts him into larger context by teasing other characters such as Batman, Wonder Woman, The Flash, Aquaman, and the Suicide Squad.

Long before the world of heroes and villans, #BlackAdam⚡️ruled it all.

A god with zero mercy and power born from rage.

ONE MONTH FROM TODAY.

From New Line Cinema, Dwayne Johnson stars in the action adventure Black Adam. The first-ever feature film to explore the story of the DC Super Hero comes to the big screen under the direction of Jaume Collet-Serra (“Jungle Cruise”). Nearly 5,000 years after he was bestowed with the almighty powers of the ancient gods— and imprisoned just as quickly—Black Adam (Johnson) is freed from his earthly tomb, ready to unleash his unique form of justice on the modern world.