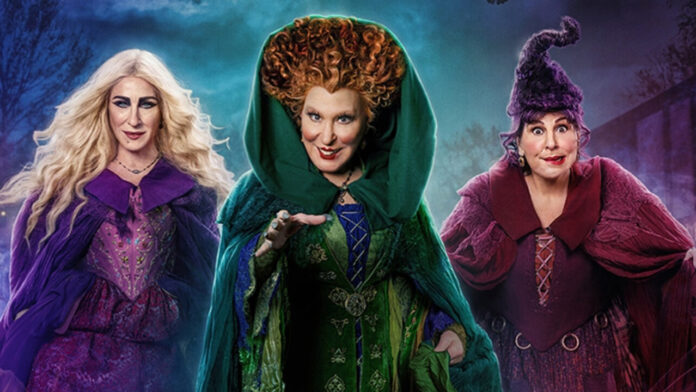 It’s been three decades of Hocus Pocus as an annual Halloween tradition, beloved by millions. Fans have been begging for a sequel, and Disney has been teasing the idea for a long time, but now the trio of Bette Midler, Sarah Jessica Parker, and Kathy Najimy are back for Hocus Pocus 2, only this time the coven will be arriving on Disney+, and a new trailer has arrived as part of Disney’s D23 presentation.

The original film centered on a curious kid newly arrived in Salem, only to accidentally set free the Sanderson Sisters, a trio of witches executed in the 17th century. In the sequel, it’s a trio of young girls who mistakenly set the Sandersons loose to cause more mischief, 29 years since their prior escape.

It’s been 29 years since someone lit the Black Flame Candle and resurrected the 17th-century sisters, and they are looking for revenge. Now it is up to three high-school students to stop the ravenous witches from wreaking a new kind of havoc on Salem before dawn on All Hallow’s Eve.