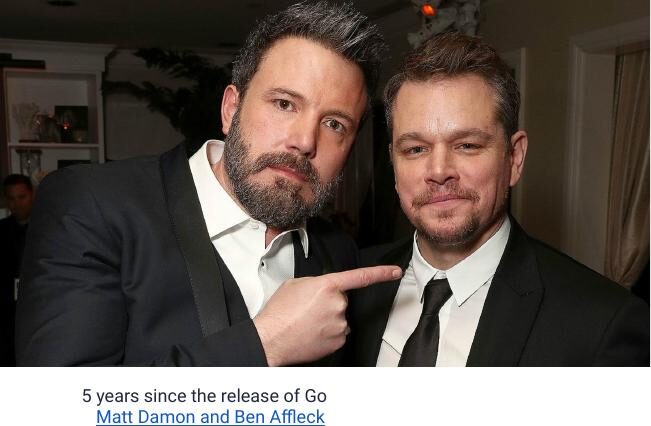 It’s been 25 years since the release of Good Will Hunting, which was written by and starred Matt Damon and Ben Affleck. It was a mega success when it came out in 1997. The two friends had written the script together while Damon attended Harvard and decided to star in it as well. The movie was about a janitor at MIT (Damon) who is also a math genius. When he is discovered by a professor (Stellan Skarsgard), he is taken under his wing and begins working on a difficult Math problem. However, when the janitor gets into a fight with another student, he is told that he needs to see a therapist ( Robin Williams) in order to continue working on the Math problem.

The therapy sessions help the janitor deal with his past and present, and he slowly begins to open up about his life. The movie was a huge success, winning two Academy Awards (for Best Original Screenplay and Best Supporting Actor for Robin Williams) and grossing over $225 million worldwide. It also helped to launch the careers of both Damon and Affleck, who have gone on to have successful careers in Hollywood.

If you haven’t seen Good Will Hunting, I highly recommend it. It’s a great film with an incredible story and features two of Hollywood’s best actors at the top of their game. Ben Affleck and Matt Damon are a dynamic duo that always deliver quality entertainment. My personal favorite was when they teamed up as an acting duo for Kevin Smith’s, Dogma.

As my allusion to the film Dogma suggests, the two friends have continued to work together over the years. In 2012, they even started their own production company, Pearl Street Films. Still, it took more than 20 years before they co-wrote a screenplay together. This was the second time the two teamed up to write a movie. The two friends are no strangers to success, with both of them having enjoyed tremendous success in Hollywood. But their new movie, The Last Duel, was a different kind of project for the duo.

The Last Duel is based on a true story that took place in France in 1386. It’s the story of two knights (played by Matt Damon and Adam Driver) who get into a dispute over Damon’s character’s wife (Jodie Comer). The disagreement leads to a duel, which ends up being the last duel allowed by law in France. 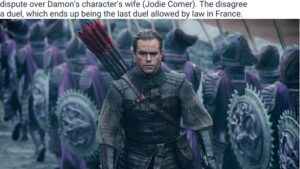 The movie received rave reviews from critics and is being hailed as one of the year’s best films. It’s also got a lot of Oscar buzz, with many people predicting that Damon and Affleck would receive another Oscar.  But for reasons unknown to me, Affleck actually got nominated for a Razzie for worst supporting actor in the acclaimed film. Perhaps it’s because the Last Duel flopped at the box office. But it more than excelled in on-demand views and was liked by critics.

It took well over two decades for them to get together and write The Last Duel, but we won’t have to wait more than a couple of years to see the fruits of their partnership again. Their latest project is a sports film about the two Nike execs who hunted to sign Michael Jordan, a deal that changed the entire landscape of sports sponsorships from there on out.

I wouldn’t be surprised North Carolina Sports Betting outlets have Oscar odds and Golden Globe odds after this one comes out. After all, MJ is from North Carolina and played for UNC in College.

The new sports drama is still in its early stages, but it’s already clear that it will be a hit. Matt Damon and Ben Affleck have amazing chemistry together and always bring their A-game to every project.

Here is what the untitled film’s official logline says—The incredible story of how Sonny Vaccaro, a maverick sneaker salesman, led a fledgling running shoe company called Nike in its pursuit of the most transformative athlete in the history of sports: Michael Jordan. 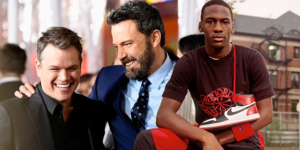 What we know about the outcome of this deal is that Michael Jordan’s deal with Nike is undoubtedly the most successful partnership in the history of sponsorships. The initial offering was a five-year deal awarding Michael Jordan $500,000.00 per year—more than three times any previous NBA sneaker deal. Nike’s mid-80s deal with Jordan also gave him $250K and his own sneaker line, Air Jordans.

This already sounds pretty good. But his sneaker royalties are what have driven Michael Jordan into a wholly different tax bracket. Jordan gets 5% of each sale, pushing his royalties earnings in 2021 to 130 million dollars. His total net worth in 2022 sits around $1.7 billion! So, his deal with Nike netted him far more than his NBA salary ever did.

I, for one, can’t wait to see a big screen dramatization of how the biggest deal in sports history shook out.