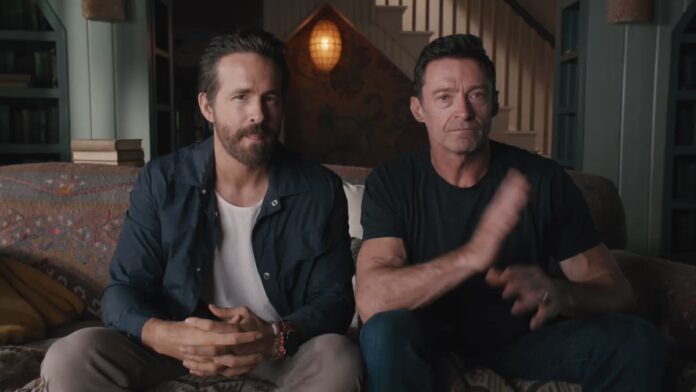 Fans got what they had been begging for yesterday when Deadpool 3 was confirmed to be a team-up between Ryan Reynolds and Hugh Jackman, the latter suiting up one more time as Wolverine. But naturally, there are loads of questions about how this is going to work integrating both characters into the MCU. Because they’re just a couple of swell dudes, Reynolds and Jackman are here with answers!

In a new video, Reynolds and Jackman tackle some of the burning questions fans have about Deadpool 3. Naturally, this goes haywire super fast as Reynolds begins to drown out the pertinent answers behind Wham! classic “Wake Me Up Before You Go-Go”. But there is one thing fans should remember: Logan took place in 2029, so even if the character died in the future he’d be alive right now to tag team with Deadpool.