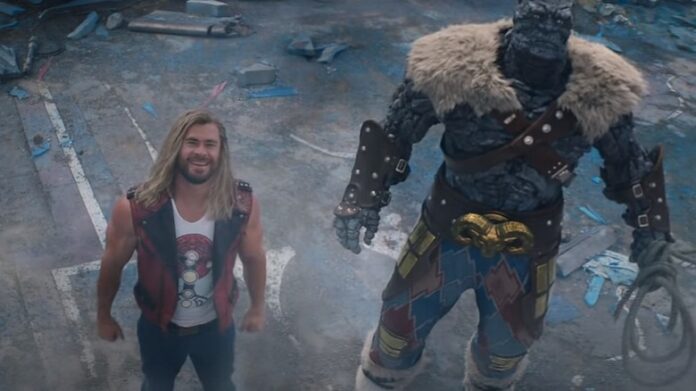 There are a couple of pitfalls that any director of a pop culture property needs to avoid to reduce future stress. One: never reveal how long the original cut of your movie was. And two, never let it be known what scenes were cut. Unfortunately for Thor: Love and Thunder‘s Taika Waititi, we know both. He’s previously stated the original cut was around 4-hours long, and we’ve heard of cut scenes involving Jeff Goldblum as Grandmaster, Peter Dinklage’s return as Eitri, and whatever Lena Headey’s role was going to be and that she’s now being sued over.

Fanboys have latched onto this info like the rabid dogs they are, and calls for a director’s cut that includes the removed characters have already started. But Waititi has no plans to release an extended version, telling NME exactly why not…

“I watch director’s cuts of a lot of other directors. They suck. Director’s cuts are not good. Directors need to be controlled sometimes, and if I was to say, ‘Oh, you wanna watch my director’s cut? It’s 4.5 hours long!’ It’s not good, at 4.5 hours. There’s a lot of cup-of-tea breaks in there. You don’t even have to pause it.”

Waititi went further when speaking with Insider, addressing the question if there were any scenes he was sad to have removed…

“I wrote the thing so when you cut anything it’s a little bit of a challenge to yourself because you’re like, ‘Am I not that good? Should I have seen this coming? But every film I’ve done I’ve probably cut the same amount out.”

“When you go into the edit you just never know. A scene on its own could be the most funniest thing or intriguing thing, but sometimes those things if you keep them in will just make the movie screech to a halt. You have to do what’s best for the film.”

“And if you ask any of those actors who were cut out – Jeff Goldblum, Lena Headey, Peter Dinklage – they all understand how it works,” Waititi continued. “They have been in the game long enough. But that’s just the way I look at things.”

“I’m not going to give you a moment because this is my way of telling you, like, people say, ‘I can’t wait for the deleted scenes with those actors.’ I don’t want people to see the deleted scenes because they’re deleted for a reason: They aren’t good enough. [Laughs.] The scenes were not in the movie and that’s it.”

You know what? I don’t hate him for any of this. I have some issues with Thor: Love and Thunder, and having seen it twice they are just as pronounced the second time. But adding more scenes would not have fixed anything, and likely would have ground it to a halt.