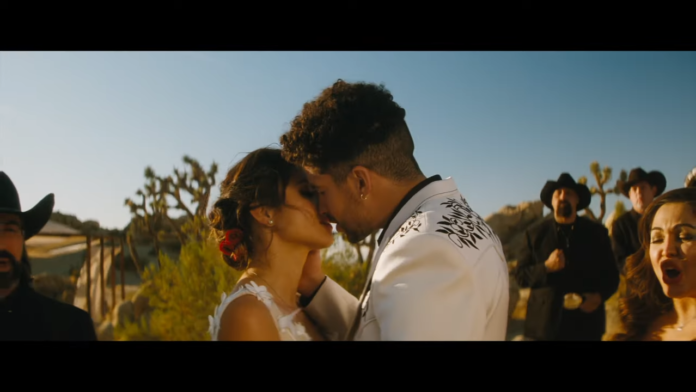 There are worse ways to get your big break in Hollywood than starring opposite Brad Pitt, Bad Bunny, and Sandra Bullock. But that’s what happened to Colombian actress Andrea Muñoz, who scored her first major role in Bullet Train, out in theaters this weekend.

Muñoz plays the small but pivotal role of the wife of Bad Bunny’s character, The Wolf, and sets him on the path of vengeance that leads him into conflict with Pitt’s hired killer, Ladybug.

I had the pleasure of speaking with Muñoz about Bullet Train, and we talked about the moment she learned the news of her role and what it means to her. We also discuss her first meeting with Brad Pitt and what it was like sharing a romantic scene with Bad Bunny.

Bullet Train is in theaters now. Check out my interview with Muñoz below!