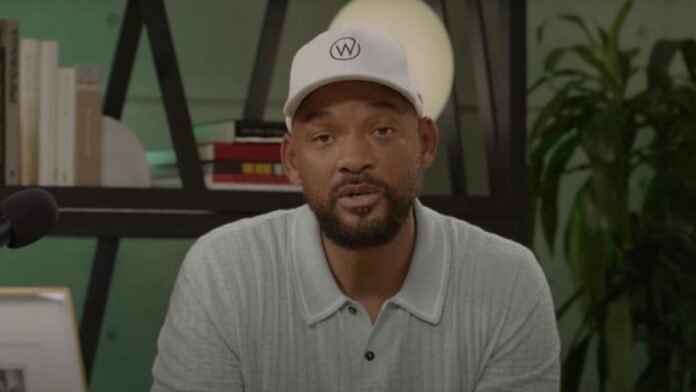 After four months of every Black comedian and actor being asked about Will Smith’s infamous Oscars slap of Chris Rock, Smith has finally broken his silence. Nobody needs a reminder of that night, which saw Smith win Best Actor for his performance in King Richard mere moments after the incident. Smith left the Academy and was barred from future Oscars ceremonies, but it’s only now that he’s chosen to give what amounts to an apology.

The video was released on Youtube and has Smith answering a series of questions. The first has to do with Smith reaching out to Rock, only to find that the latter isn’t quite ready to chit-chat…

“I was fogged out by that point. It is all fuzzy. I’ve reached out to Chris and the message that came back is that, he’s not ready to talk. When he is, he will reach out. I will say to you, Chris, I apologize to you. My behavior was unacceptable and I am here whenever you are ready to talk. I want to apologize to Chris’s mother. I saw an interview [she] did, and that was one of the things I just didn’t realize. I wasn’t thinking, but how many people got hurt in that moment. I want to apologize to Chris’ mother, I want to apologize to Chris’s family, specifically Tony Rock. We had a great relationship. Tony Rock was my man. This is probably irreparable. I spent the last three months replaying an understanding the nuances and complexities of what happened in that moment. I’m not going to try to unpack all of that right now, but I can say to all of you, there is no part of me that thinks that was the right way to behave in that moment. No part of me that thinks that is the optimal way to handle a feeling of disrespect or insult.”

Smith also stressed that his wife Jada Pinkett Smith did not ask him to go up on stage and assault Rock after his joke, but that it was ” a choice on my own, from my own experiences, and from my history with Chris.”

In an important bit, Smith also apologized to the Oscar winners whose victories were completely overshadowed by what he did, starting with Questlove who won for his feature debut, Summer of Soul.

“To all my fellow nominees: this is a community. I won because you voted for me and it really breaks my heart to have stolen and tarnished your moment. I can still see Questlove’s eyes – it happened on Questlove’s award – and “I’ sorry” isn’t really sufficient.”

Smith also addressed those who may have looked up to him and now are disappointed in his actions. In a characteristically emotional display, Smith talked about his past hang-ups with disappointing others…

“Two things. One, disappointing people is my central trauma. I hate when I let people down, so it hurts me psychologically and emotionally that I didn’t live up to peoples’ image and impression of me. The work I am trying to do is, I am deeply remorseful and I’m trying to be remorseful without being ashamed of myself. I’m human and I made a mistake and I’m trying not to think of myself as a piece of sh*t so I would say to those people, I know it was confusing, I know it was shocking, but I promise you I am deeply devoted and committed to putting light and love and joy into the world. If you hang on, I promise we will be able to be friends again.”

So how will Smith’s apology video go over? I’m not in the habit of examining to death what Film Twitter has to say about anything, so the surest evidence may be in the response to Smith’s next major project. That would be his reunion with Antoine Fuqua for Emancipation, which has a lot of awards season buzz surrounding it.

You can watch Smith’s video in full below.