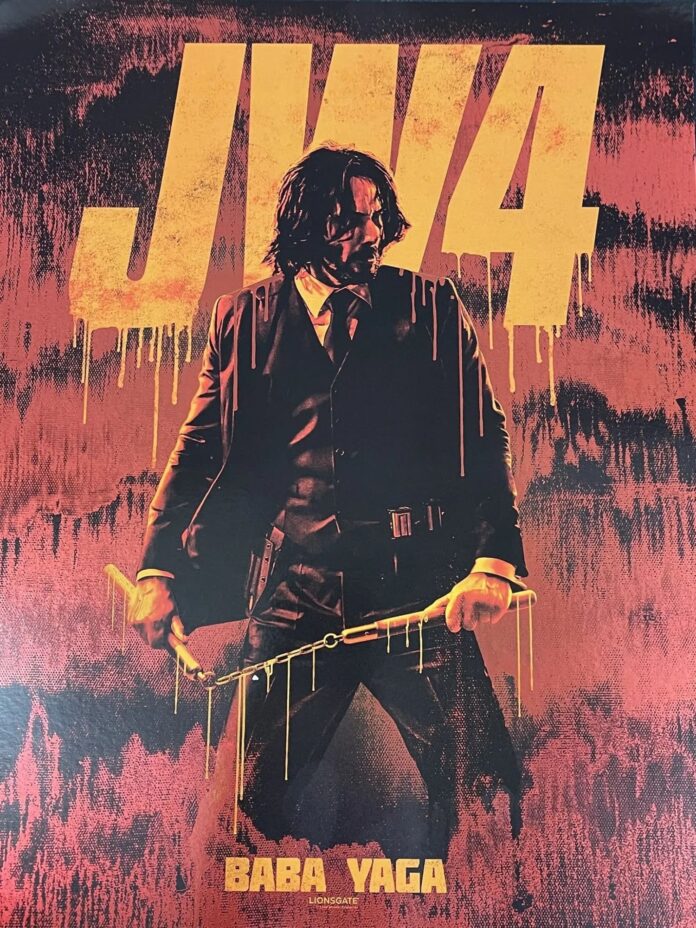 It was probably the worst kept secret at San Diego Comic-Con today, that the first trailer for John Wick: Chapter 4 would drop. It was too convenient. Keanu Reeves had a panel at Hall H, followed by a panel hosted by Collider that featured John Wick director Chad Stahelski. And sure enough, the first teaser  and poster did indeed hit those fortunate enough to come to the otherwise low-key presentation.

And what a teaser it is! Keanu Reeves literally punches us right into the action. Joined by Laurence Fishburne’s The Bowery King, John Wick does battle against The High Table and their army of assassins. Bill Skarsgard looks scary as ever as one of them, but it’s the fight with Donnie Yen that is absolutely off the charts with sword and gunplay in equal measure. And the whole thing ends with Wick wacking some poor schmuck over the head with nunchucks in a way I’ve never seen. Incredible.

Keanu Reeves Says He May Direct ‘BRZRKR’ Adaptation Himself

Keanu Reeves To Return For ‘Constantine’ Sequel, Francis Lawrence Back To Direct