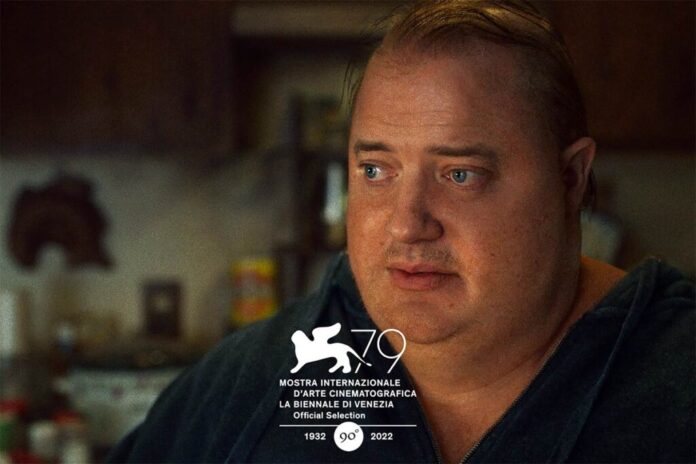 Man, A24 is NOT messing around this Venice Film Festival. Yesterday saw the hippest indie studio drop the trailer for X prequel, Pearl, but that was just the beginning. We now have two more first looks: Darren Aronofsky’s The Whale starring Brendan Fraser, and Joanna Hogg’s The Eternal Daughter starring Tilda Swinton.

Aronofsky’s first film since 2017’s mother! is also the start of what many are calling the “Brennaisance”, a resurgence of Brendan Fraser’s career. The ‘Mummy‘ actor plays a 600-lb. man named Charlie who tries to reconnect with his estranged 17-year-old daughter, played by Stranger Things‘ Sadie Sink. Charlie had ditched his family for a gay lover, only to eat his feelings when the man tragically died.

Also in the cast are Hong Chau, Samantha Morton, and Ty Simpkins.

You can tell just by the image that Fraser is under a lot of heavy prosthetics and make-up, and we know how the Oscars voters love shit like that. 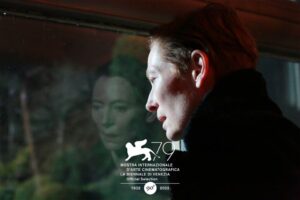 A24 also unveiled the first image from Joanna Hogg’s The Eternal Daughter. Hogg, the filmmaker behind both The Souvenir dramas, reconnects with Tilda Swinton again for a film that is being kept largely under wraps. The only thing we do know is that it is some kind of ghost story. Also in the cast are Carly-Sophia Davies, Joseph Mydell, and Alfie Sankey-Green.