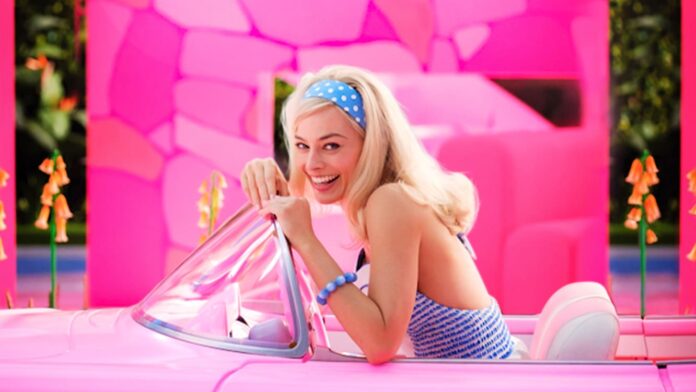 Margot Robbie is making that Barbie Dream Car look real nice in the first image from Greta Gerwig’s live-action Barbie movie. The reveal was made last night during Warner Bros. presentation at CinemaCon. Robbie is seen in the flashy pink convertible sporting a big o’ smile, wider than I think the iconic doll has ever had.

Gerwig not only directs, but worked on the script with Noah Baumbach. Neither of them is known for following Hollywood traditions and I wouldn’t expect them to do that in this case, either.