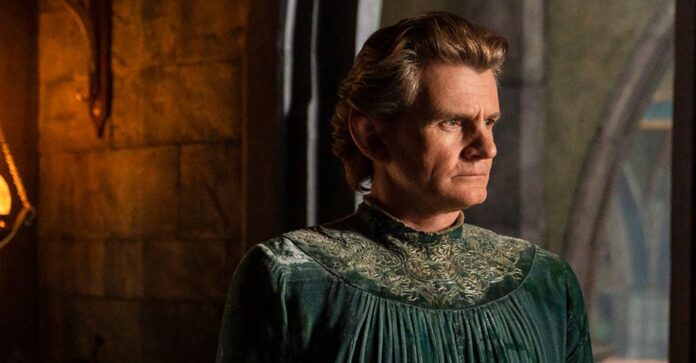 If all you know of JRR Tolkien’s The Lord of the Rings is Peter Jackson’s movies, then the upcoming Amazon series The Rings of Power could be daunting. The massively expensive series will take place thousands of years before those well-known stories, with tons of characters that may or may not so easily recognizable. But there’s one that everybody knows, and that’s the evil Sauron himself. His story begins here, and he couldn’t become the dark power he eventually becomes without some help.

Today brings the first image of Celebrimbor in The Lord of the Rings: The Rings of Power. Why is this a big deal? The elf Celebrimbor is a smith who fashioned those fateful Rings of Power, setting into motion all of the terror that would follow. Played by Charles Edwards, Celebrimbor was a dupe like so many of his elven kin, even though he knew something was wrong about what he was doing. Sauron then secretly forged the One Ring that would dominate wielders of the other Rings.

So yeah, Celebrimbor is a major player. Here’s what co-showrunner Patrick McKay has to say about him…

“We’re dealing with one of the greatest villains that’s ever been created in Sauron. And one of the central figures in the story is the character of Celebrimbor. He’s an Elven smith who was manipulated into helping create the Rings Of Power. We’re excited to be bringing him to Middle-earth. He’s very mysterious.”

The Lord of the Rings: The Rings of Power hits Prime Video on September 2nd.

Galadriel Can Sense A Growing Evil In New ‘The Lord Of The Rings: The Rings Of Power’ Teaser