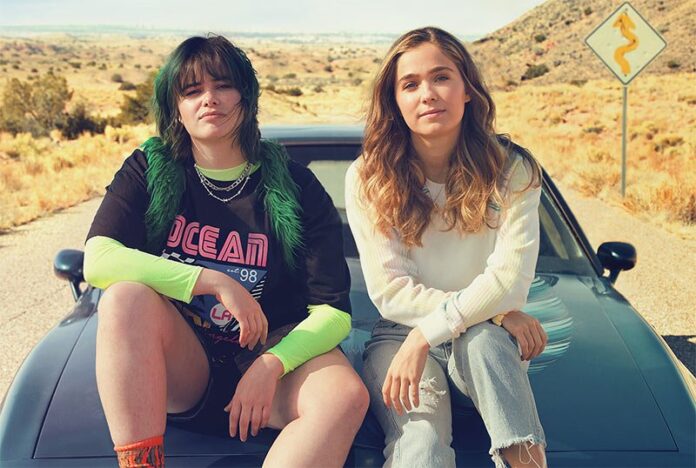 Picture this: a teen girl gets pregnant in a red state where abortion laws are under attack, so she must flee to a different state in order to get the care she needs. If that sounds like a familiar tale, you’ve either been reading the newspapers from red states, or you remember the movie Never Rarely Sometimes Always. Well, it’s such a common story nowadays that another movie, Unpregnant, is doing something similar for HBO Max.

Unpregnant is an HBO Max film from Arrowverse creator and producer Greg Berlanti, and starring the always-terrific Haley Lu Richardson as a Missouri girl who gets pregnant, threatening her dreams of getting out of town to an Ivy League school. Since abortion in Missouri is basically illegal, she hits the road with her best friend, played by model and Euphoria actress Barbie Ferreira, to get an abortion in New Mexico.

The film is directed by Rachel Lee Goldenberg, who is having quite the year between this and her musical remake of Valley Girl which opened just a couple of months ago to solid reviews.

SYNOPSIS: Unpregnant tells the story of seventeen-year-old Veronica (Haley Lu Richardson), who never thought she’d want to fail a test—that is, until she finds herself staring at a piece of plastic with two solid pink lines. With a promising college-bound future now disappearing before her eyes, Veronica considers a decision she never imagined she’d have to make. This tough and never-taken-lightly decision leads her on a 900+ mile road trip to New Mexico over three days with her ex-best friend Bailey (Barbie Ferreira), where they discover that one of the most important factors in your life is who your friends are.