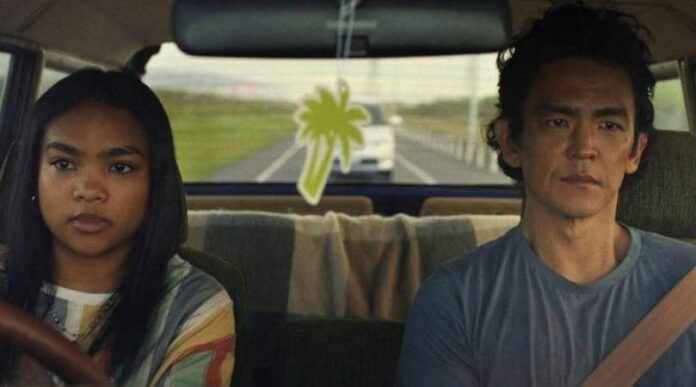 John Cho has come a long way to the accomplished dramatic actor he is today. While the Harold and Kumar films were hilarious and earned him some early fame, it was later in the Star Trek movies that he became a big star, which then gave way to acclaimed performances in films such as Searching and Columbus. So the Cowboy Bebop thing didn’t work out, that’s alright, because Cho is back for the latest film from director Hannah Marks, titled Don’t Make Me Go.

Pened by Vera Herbert, Don’t Make Me Go is a family road trip dramedy that stars Cho as a terminally ill father who decides to cram in as much love and attention on his daughter as possible. The best way to do that? Road trip!

Here’s the synopsis: When single father Max (John Cho) discovers he has a terminal disease, he decides to try and cram all the years of love and support he will miss with his teenage daughter Wally (Mia Isaac) into the time he has left with her. With the promise of long-awaited driving lessons, he convinces Wally to accompany him on a road trip from California to New Orleans for his 20th college reunion, where he secretly hopes to reunite her with her mother who left them long ago. A wholly original and emotional journey, “Don’t Make Me Go” explores the unbreakable, eternal bond between a father and daughter from both sides of the generational divide with heart and humor along for the ride.

Also in the cast are Mia Isaac, Kaya Scodelario, Josh Thomson, Jemaine Clement, and Stefania LaVie Owen. The film is set to have its world premiere this month at Tribeca, before hitting Prime Video on July 15th.