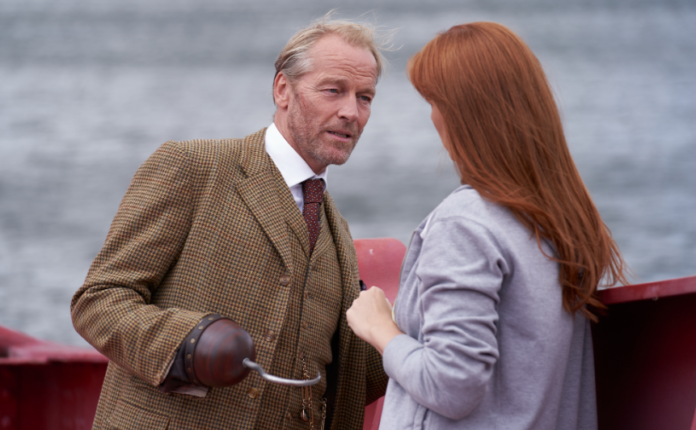 The Lost Girls is the latest inspired adaption of the classic tale of Peter Pan presented by Vertical Entertainment. The story chronicles four generations of Darling women as they struggle in the aftermath of their adventures with Peter Pan (Louis Partridge, Enola Holmes). Based on the novel of the same name by Laurie Fox, Italian writer and director Livia De Paolis depicts generations of women haunted, obsessed even, by Peter Pan and the fantasy land he comes from. At least, she tries to. Like her grandmother (Vanessa Redgrave, Call the Midwife) and her mother Jane (Joely Richardson and daughter to Vanessa Redgrave, The Blacklist) before her, Wendy (Emily Carey and Livia De Paolis) must escape Pan’s hold on her and the promise he desperately wants her to keep. As her daughter Berry (Ella-Rae Smith, Into the Badlands) comes into Peter’s orbit, Wendy must fight to save her relationship with her own teenage daughter while trying to reconcile her legacy.

Young Wendy (Carey) is homeschooled by her father Clayton (Julian Ovenden, Bridgerton) after the disappearance of her mother, Jane (Richardson). She is finally visited by pan as told by her Great Nana (Redgrave) who more or less housed or left under the watch of mental health caretakers. Pan (Partridge) flies Wendy to his Neverland home where he makes her promise that she will never grow up. Hook (Iain Glen, who is most famously known for his role as Jorah Mormont in Game of Thrones, kidnaps her. He spends the entire movie randomly popping up only to forcibly kiss Wendy during her times of mental instability. She returns back home but Pan never returns to take her back to the infamous Never Land and ends up growing up. Angry that she grew up, despite getting married and having her own child, Wendy (De Paolis) is deeply obsessed with Pan. She has an unhealthy infatuation with him that dissociates her from her husband, Adam (Parker Sawyers, A Discovery of Witches) and her daughter, Berry (Smith).

The Lost Girls is a hot mess! The storyline is all over the place and has a primary focus on Pan and the sexual drive between all the ‘Wendy’s’ in their family lineage. It’s fucking creepy. Young Wendy has an American accent but as an adult she has an Italian one. There’s a clear separation of the real world versus fantasy that was not blended well together at all. The story was designed to highlight mother/daughter relationships but was more wrapped around the awkward and sexually driven context between Pan and all the Darling women. Wendy’s obsession with Pan is deeply uncomfortable to watch and none of it actually makes any sense. The acting, other than Redgrave and Glen, was mediocre at best. The dialogue is cringeworthy and the CGI added an extra fake measure to this already clumsy tale.

There’s no Lost Boys or mermaids; no fairies and no crazy adventures. Pan only appeared to groom the girls into being good little housewives, so to speak, to do cooking and cleaning. However, in the four generations of chasing the Darling women, it never happens. Instead Pan and Hook come across as sexual predators that drive most of the women into unhealthy madness. I don’t exactly know what De Paolis was going for with her adaptation but this film is one that I would skip seeing.

The Lost Girls is in theaters and on demand June 17th.