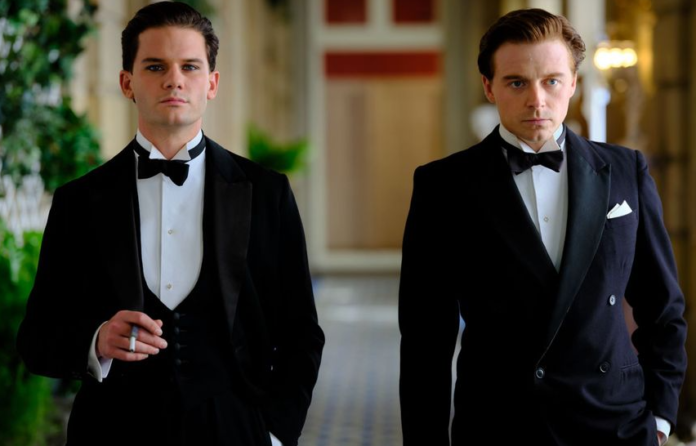 Benediction takes a dramatic look into the legendary 20th Century English war poet Siegfried Sassoon. His life-long quest for personal salvation is revealed through his experiences with family, war, his writing, and destructive affairs that go bitterly unresolved. The hardest concept to watch and just over two hours to boot is that Sassoon never realizes that the positive change he’s seeking must come from within.

Written and directed by acclaimed English filmmaker Terence Davies (A Quiet Passion, The Long Day Closes), Benediction explores the turbulent life of WWI poet Siegfried Sassoon (Jack Lowden, Slow Horses, Mary Queen of Scots). The writer and soldier was a complex man who survived the horrors of fighting in the First World War and was decorated for his bravery but who became a vocal critic of the government’s continuation of the war when he returned from service. His poetry was inspired by his experiences on the Western Front of WWI, and he became one of the leading war poets of the era. The film features the talented cast of Peter Capaldi, Simon Russell Beale, Jeremy Irvine, Calem Lynch, Tom Blyth, Kate Phillips, Geraldine James, Gemma Jones, and Ben Daniels as well.

Adored by members of the aristocracy as well as stars of London’s literary and stage world. Sassoon (Lowden) engages in trysts with several men (aka ‘Pretty Boys’) while her tries to come to terms with his sexuality during an era where same sex partners faced severe criminal punishment. At the same time, broken by the horror of war, he made his life’s journey a quest for salvation, trying to find it within the conformity of essentially being forced into heterosexual marriage and converting to Catholicism as a means to cope with his internal denial.

There is a lot happening throughout this film that is way too damn much to bear. The film bounces around three timelines of Sassoon’s life. His time at war comes across as more of a documentary as pieces of his poetry are narrated through archival photos and video footage of WWI.  It’s slow, drawn out into fractured pieces and the character performance does not match this endured turmoil of war trauma suffered. Sasson’s defiance conveyed to his superiors is pompous and bratty rather than a person truly afflicted with surviving and witnessing war, until the very end.

The next two timelines that’s stitched into the film is his post war redavouses with eccentric gentlemen relatively equal to his uppity lifestyle, tastes, erratic behavior to the latter years of a bitter shell of an otherwise empty man for marrying a woman and starting a family. It’s more fast paced during these particular timelines but still lacks any proper sense or emotion in regards to Sassoon’s male encounters. There’s a lot of plain foresight that I know viewers can easily spot and expect what’s coming except, for the main character himself.

Sassoon is clearly a highly intelligent person who could just as easily, even when it’s brought to his attention, walk away from unnecessary bullshit. What’s more evident is that he chooses to blame everything and everyone else for his pain rather than admit that he’s the one doing it to himself. Maybe the point is to show this side but three timelines that feel like three separate films smushed into one is a bit much. Benediction is poetic piece in its own right but is an excruciatingly slow burn that doesn’t feel realistically believable. The bounce of three timelines are unorganized, lack anything stand out worthy, and the entirety of the film is incredibly boring.

Benediction opens in theater today only.