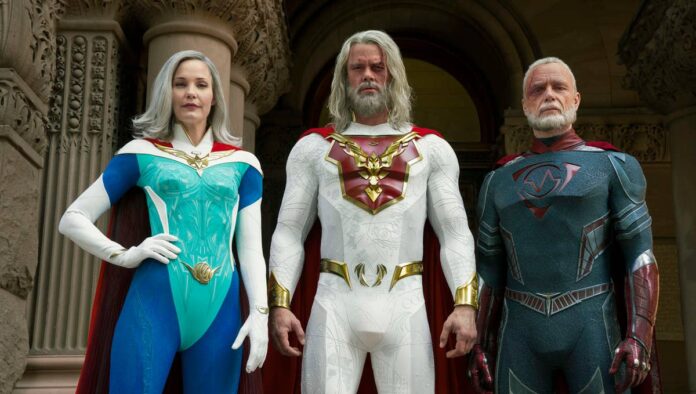 I’m going to call it now: Jupiter’s Legacy is going to be the next big thing for Netflix.  The superhero series springs from the minds of comic book creators Mark Millar and Frank Quitely, one of the best pairings in all of comics. Millar is well-known as the guy behind Wanted and Kingsman, but Jupiter’s Legacy has much the same scope as Watchmen, dealing with generations of heroes that come into conflict.

The series follows the clash of ideals between older costumed heroes as they pass the torch to the next generation, who struggle to live up to their legacy. In the new teaser, we see how art from the comic informed images from the show, ending on a shot of Josh Duhamel as The Utopian, Leslie Bibb as his wife Grace Sampson, and Ben Daniels as his brother, Walter.

After nearly a century of keeping mankind safe, the world’s first generation of superheroes must look to their children to continue the legacy. But tensions rise as the young superheroes, hungry to prove their worth, struggle to live up to their parents’ legendary public reputations — and exacting personal standards.