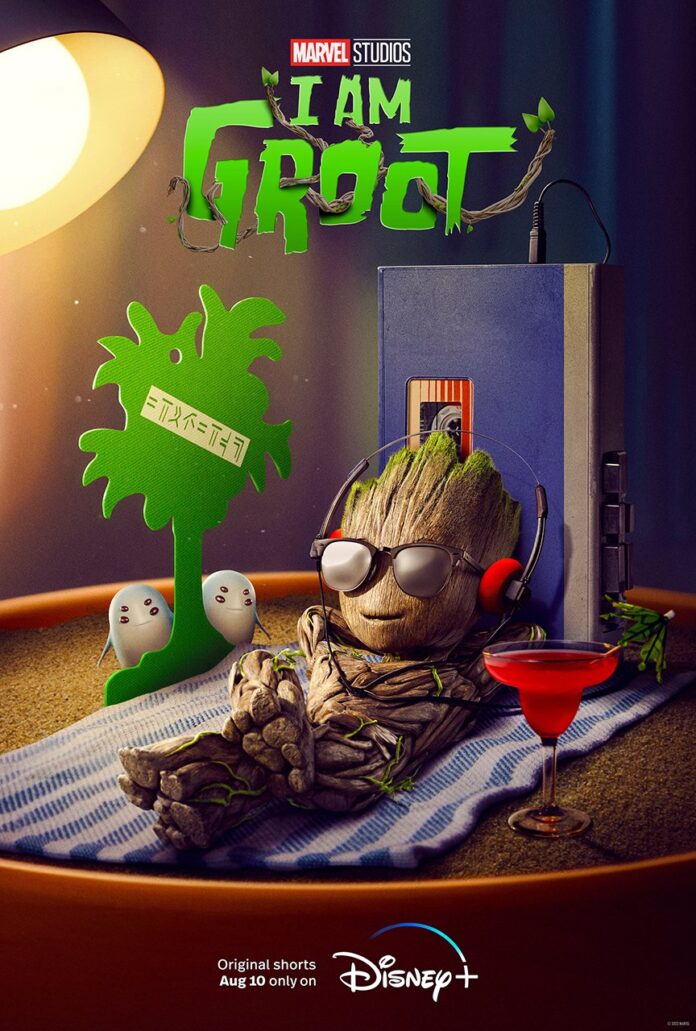 Groot fans, and let’s face it, that’s EVERYONE right (?), have a lot to look forward to. Everyone’s favorite talking tree who debuted and..well, died in 2014’s Guardians of the Galaxy only to be reborn as a cutesie little Baby Groot in Vol. 2 and then an angst-ridden teen in the latter Avengers films, has multiple appearances on the way. And it starts this August in a series of shorts coming to Disney+ that are guaranteed to pump up sales on Groot merch a thounsand-fold.

I Am Groot are a series of animated short films featuring Baby Groot, taking place around the time of Guardians of the Galaxy Vol. 2. The first image shows Groot, looking like the coolest little tree dude ever chillin’ with Star-Lord’s Walkman. Note the pair of odd-looking creatures eyeing him from behind that tree. Misadventures are definitely in store.

The series debuts on August 10th, a week before the premiere of She-Hulk. Another Groot project, the live-action Groot Holiday Special written and directed by James Gunn, is also coming later this year. Groot will also be seen as part of Thor: Love & Thunder. It’s the year of Groot!!

‘I Am Groot’ Trailer: Baby Groot Gets Into The Cutest Misadventures On Disney+