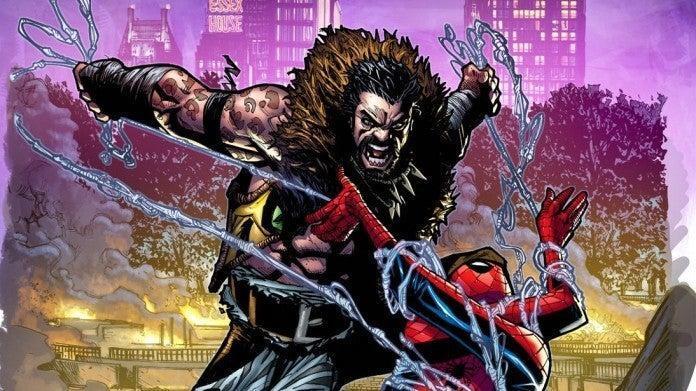 Sony’s Venom movies get more credit than they probably deserve simply because both did well at the box office. But when a movie such as Morbius duds, there’s really no way for Sony to hide it. In short, there are some big questions about the future of their Spider-Man spinoff movies, and Aaron Taylor-Johnson didn’t help matters with his recent comments regarding Kraven the Hunter.

Appearing at the  CineEurope conference (via Variety), Taylor-Johnson attempted to hype the upcoming Kraven movie’s arrival, first by overstating the character’s place among Spidey’s Rogues Gallery, calling him “one of Marvel’s most iconic, notorious anti-heroes — Spider Man’s number one rival.”

Um…Green Goblin, anyone? Hell, you could make a better case for Venom, Doc Ock, Carnage, but certainly not Kraven.

Whatever, though. Taylor-Johnson continued by expressing his excitement for the character because he’s “not an alien, or a wizard. He’s just a hunter, a human with conviction. An animal lover and a protector of the natural world. He’s a very, very cool character.”

I mean, that’s cool and all to be pumped to play Kraven. But unless there has been a serious change to the character, that doesn’t describe him at all. He’s a big game hunter. He wears animal pelts as his costume. In the comics, he sets out to kill Spider-Man because he considers him the ultimate prey. An animal conservationist he is not.

Is this Sony’s way of making a pure hero out of the Marvel antihero? If so, it sounds pretty bland already. Kraven the Hunter opens in theaters on January 13th 2023.