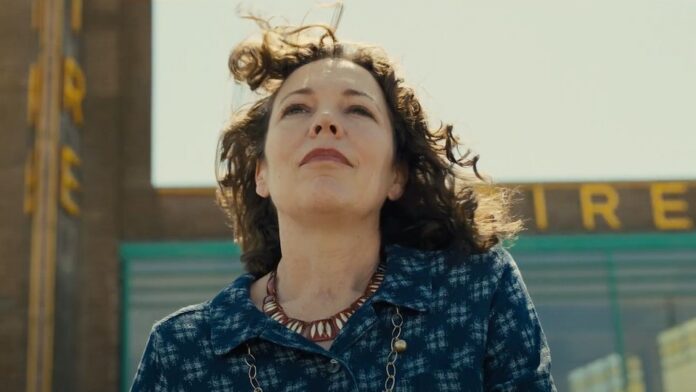 Three years removed from his multi-Oscar-winning war film 1917, Sam Mendes is back and doing something completely different. Working on a much smaller scale for his latest, Empire of Light, the film’s arrival feels like no less of a major event. That’s a credit to Mendes, who has found success whether working in the realm of drama or when venturing into franchise territory with James Bond films Skyfall and Spectre. Basically, he makes every project feel special.

Olivia Colman, Micheal Ward, Tom Brooke, Tanya Moodie, Hannah Onslow, Crystal Clarke, Toby Jones, and Colin Firth star in Empire of Light, which centers on the power of movies and the impact of a cinema on the people of a small English seaside town in the 1980s.

Based on this footage I can see this one possibly skewing a bit too precious, but we’ll have to see how the reactions are after its world premiere at TIFF next month. Empire of Light will then open in theaters on December 9th.

Set in an English seaside town in the early 1980s, EMPIRE OF LIGHT is a powerful and poignant story about human connection and the magic of cinema, from Academy Award®-winning director Sam Mendes.