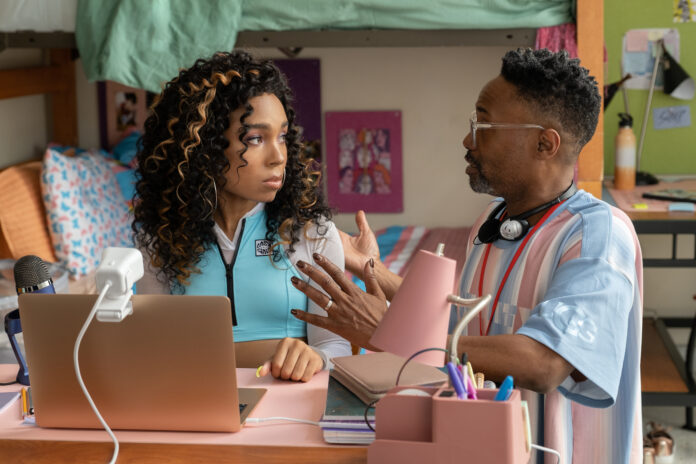 Emmy-winner Billy Porter is trading in the spotlight for the director’s chair with the July release of his new movie Anything’s Possible. The Amazon Prime coming of age  dramedy focuses on a trans girl navigating her final year of high school. Eva Reign will be playing the lead Kelsa, while Hamilton’s Renée Elise Goldsberry and Abubakr Ali round out the cast.

Porter first gained national attention for his take on Lola in the Original Broadway cast of Kinky Boots, for which he won a Tony award. He then went on to FX’s Pose, which broke boundaries featuring transwomen and gay men of color in ’80s/’90s New York. Porter is a proud member of the LGBTQIA community so it makes sense that the first photos of this directorial debut would release the first week of Pride month.

The official synopsis for Anything’s Possible is as follows:

Anything’s Possible is a delightfully modern Gen Z coming-of-age story that follows Kelsa, a confident high school girl who is trans, as she navigates through senior year. When her classmate Khal gets a crush on her, he musters up the courage to ask her out, despite the drama he knows it could cause. What transpires is a romance that showcases the joy, tenderness, and pain of young love.