Home TV Hulu ‘The Princess’ Trailer: Joey King Is Not To Be Fu**ed With In...
Facebook
Twitter 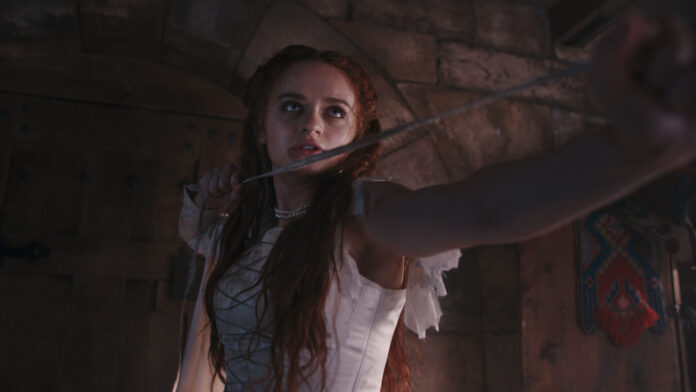 We don’t look at the Disney-style princess stories the way that we used to. Those old fairy tales were pretty screwed up. Women were locked into towers, poisoned, humiliated, whatever it took so that they’d end up beholden to some man by the end of the story.The princess we root for now are strong, independent women who don’t need a guy to come rescue them. And that’s the starting point for the new action-fantasy flick, The Princess, which looks pretty damn great to me.

Led by what looks to be a ferocious performance by Joey King, the film centers on a strong-willed princess who is locked away in a tower when she refuses to wed her sociopathic suitor. The only way to save herself and protect her kingdom is to fight. And fight she definitely does.

20th Century Studios will release The Princess exclusively to Hulu on July 1st.