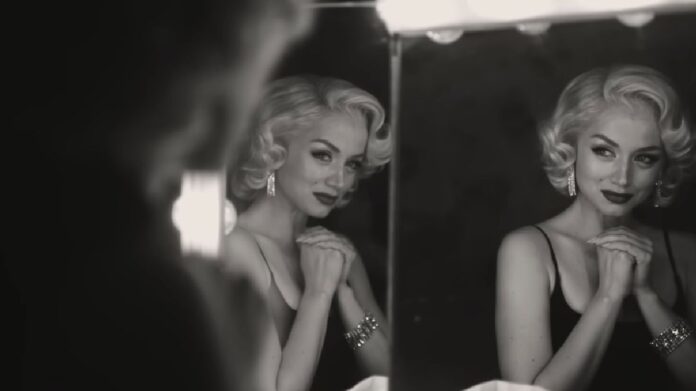 The Assassination of Jesse James and Killing Them Softly director Andrew Dominik has always worked at his own pace. But even for him, the wait for his Marilyn Monroe biopic Blonde has been, well, Goddamn forever. The wait is nearly over, though, thanks to Netflix, who will release the NC-17 film this September.

Ana de Armas is an absolute stunner as Marilyn Monroe in this first teaser for Blonde. Talk about a career-defining role, gets to play arguably the most famous actress in the world and the ultimate sex symbol in a film that examines the split between her public and private lives. Joyce Carol Oates’ novel serves as the basis for Dominik’s adaptation.

This one is going to be very big, one way or another. Blonde hits Netflix on September 23rd, but will probably have its world premiere at Venice.

Based on the bestselling novel by Joyce Carol Oates, Blonde boldly reimagines the life of one of Hollywood’s most enduring icons, Marilyn Monroe. From her volatile childhood as Norma Jeane, through her rise to stardom and romantic entanglements, Blonde blurs the lines of fact and fiction to explore the widening split between her public and private selves. Written and directed by Andrew Dominik, the film boasts a cast led by Ana de Armas and featuring Bobby Cannavale, Adrien Brody, Julianne Nicholson, Xavier Samuel, and Evan William.