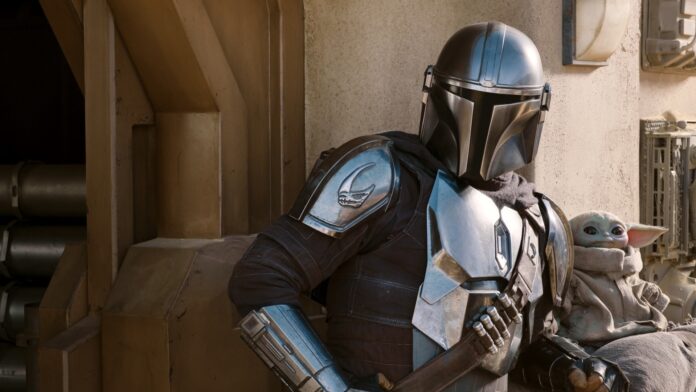 For any non-fans of the Galaxy Far, Far, Away today is the 45th anniversary of the debut of Star Wars Ep IV: A New Hope which means it’s also time for ‘Star Wars Celebration’ a yearly con and, well, celebration, of all things Star Wars. Knowing that Mando and Grogu are the MVP’s of the Star Wars Universe at the moment it comes as no surprise that something regarding the third season was revealed.

Through the official Twitter account of the show we got news of when to expect the next season, February 2023. I wasn’t too upset about the wait when I first read the news, after all Season 2 just ended a few months ago. Then I realized that I was thinking of The Book of Boba Fett (aka Mando Season 2.5), and that The Mandalorian has debuted both previous seasons in October, so we have an extra 4 month to wait this time around.

There’s no doubt the extended release time has to do with the ever expanding roster of shows on Disney+ and, more importantly, I’m sure that it will be worth the wait but there are sooo many burning questions!! Will Din rule over Mandalore as the rightful holder of the Darksaber? Will Bo Katan go from friend to enemy? Is Grogu’s Jedi journey really over? All good questions with answers that are a little less then a year away.

Thanks to some fans with a better memory then I have we DO have some insight, as word hit that a teaser for Season 3 was played for those in attendance at SW Celebration. Highlights include Din Djarin  and Grogu traveling to Manadalore so Din can “Be forgiven for his sins” and a look at Bo Katan on the throne of Mandalore (so I guess you don’t need the darksaber after all?).

The Mandalorian and Grogu continue their journey in Season 3 of #TheMandalorian, streaming February 2023 only on @DisneyPlus. pic.twitter.com/CHqUL1gec7