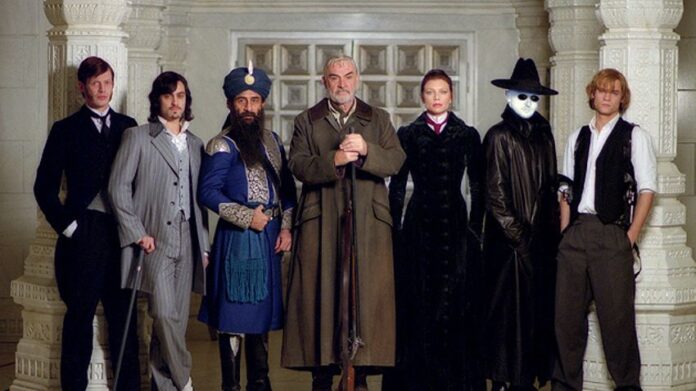 How in the Hell has it taken twenty years for this to finally happen? The League of Extraordinary Gentlemen by Alan Moore and Kevin O’Neill is, I think, one of the best comics ever produced, and also one easily adaptable for the big screen. A collection of some of the greatest literary characters, assembled together in a superteam like a Victorian-era Justice League. And yet the movie, released in 2003, was a dumpster fire so awful it drove Sean Connery into retirement. Oh, and Alan Moore despised every thing about it.

Shhhh, nobody tell him that Hulu is doing a reboot!

THR reports that 20th Century Studios is developing a League of Extraordinary Gentlemen reboot exclusively for Hulu. Disney’s purchase of Fox has given them the rights to the source material. The screenplay will be penned by Justin Haythe, known for Red Sparrow and The Lone Ranger who is reportedly “returning to the core comic books”. That would be a good idea.

The original League took a bunch of public domain characters and turned them into a team of heroes, using their abilities and skills to save the world. So you got the likes of Allan Quartermain, Mina Murray, the Invisible Man, Dr. Jekyll/Mr. Hyde, etc., in a series of stories that spans generations and sees characters from multiple eras come together. Moore cleverly used these characters and their stories to explore the nature of storytelling itself, and the mythologizing that we do around certain characters. It’s beautiful stuff.

The movie, on the other hand, was crap. Directed by Stephen Norrington, it was a cheesy, shoddy mess that was “Americanized” with the addition of a gun-toting Tom Sawyer played by Shane West. It sucked. That said, the idea is still amazing and lends itself naturally to modernization. I’m cautiously optimistic.