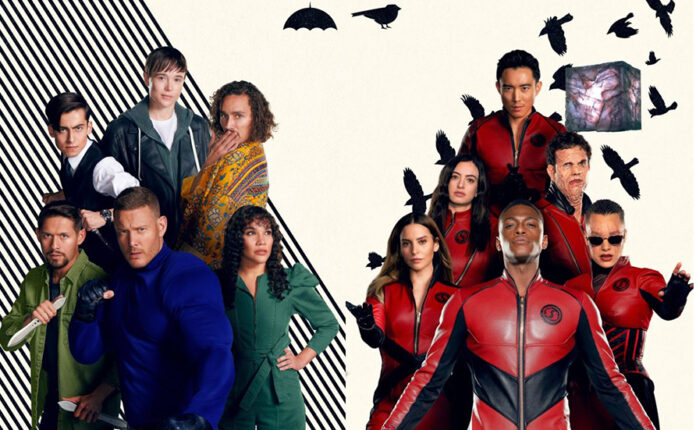 The Hargreeves clan is back, and this time they’re facing…the Sparrow Academy? Season 3 of The Umbrella Academy is more of the multiversal action you’ve been seeing elsewhere, pitting the oddball family of heroes against alternate versions of themselves.

In the alternate version of 2019 the Hargreeves siblings find themselves in, they’re never adopted by rich eccentric Reginald Hargreeves. Instead, he gathered others, who will be played by Genesis Rodriguez (Centigrade), Justin Cornwell (Jingle Jangle: A Christmas Journey), Britne Oldford (Hunters), and Jake Epstein (Suits).

Returning as the O.G. Hargreeves crew are Elliot Page as Viktor, Tom Hopper as Luther, David Castañeda as Diego, Emmy Raver-Lampman as Allison, Robert Sheehan as Klaus, and Aidan Gallagher as Five. Justin H. Min also returns as Ben, who in this reality is very much alive and part of Sparrow Academy.

Netflix will debut The Umbrella Academy later this year.

‘Blacklight’ Trailer: Liam Neeson Is A Covert “Fixer” In His Latest Action Flick