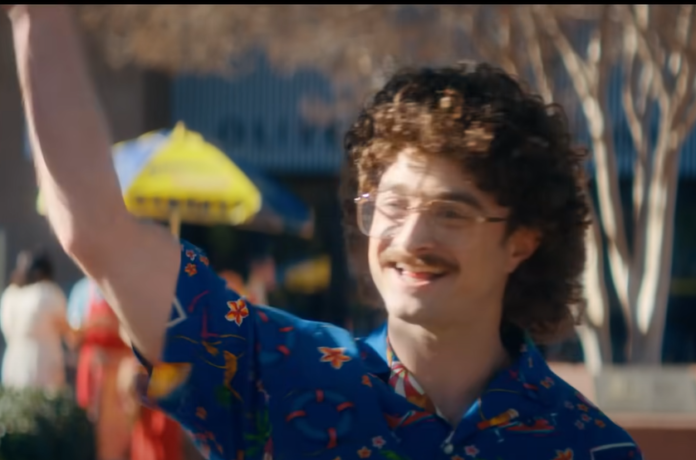 Weird Al is an American Icon, a treasure of pop culture, and one of those people that would totally destroy my faith in humanity if a scandal arose with his name attached. He’s an accordion playing Mr. Rogers in my mind and damn it, I love the man. Even if you don’t, you have to respect someone who made a platinum-selling recording career playing parody songs of pop hits on the least popular instrument one can choose.

All that being said, it’s no surprise at all that a biopic is coming to guide us deep into the life of parody’s chosen son. What is surprising is that Daniel Radcliffe is playing him, I mean sure the facial similarity is somewhat passable but there’s a height difference of about a foot and, as evidenced in the trailer below, Radcliffe is decidedly more buff then Yankovic ever tried to be. I was confused about this until I saw the trailer. Now I’m convinced this isn’t going to be a straight up biopic, but a kind of parody itself ala Popstar: Never Stop Popping. I mean, why wouldn’t it be? Anything else would almost be a disservice to the man himself.

You can check out Weird: The Al Yankovic Story on the Roku Channel (amazed it’s taken them this long to get into high profile OC), but first check out the trailer below.