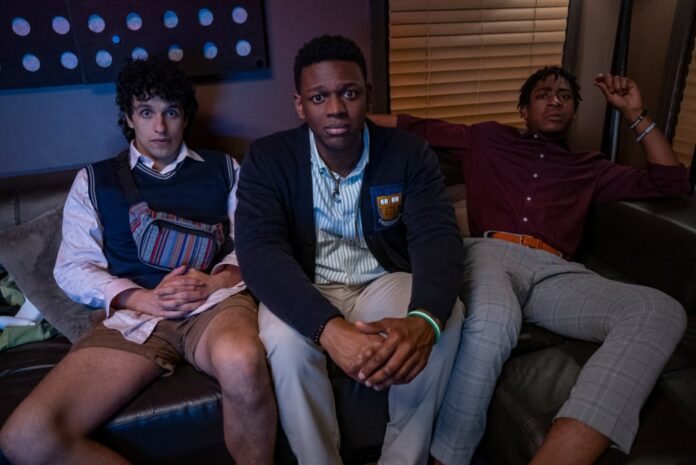 Amazon is going all in on director Carey Williams’ college dramedy Emergency, and for good reason. Buzz coming out of Sundance has been extremely high for the racially-charged film about two African-American friends, Kunle (Donald Elise Watkins) and his best friend, Sean (RJ Cyler), who along with their Latinx pal Carlos (Sebastian Chacon), discover a drunk, passed out white girl in their dorm just before they embark on a wild night of partying.

It sounds like the setup for a crazy college comedy, but Williams and screenwriter KD Davila turn the screws on the situation. What would it look like for these minorities in a nearly all-white school to be caught with a passed out white girl? It wouldn’t be great, and conflict arises between the friends as they decide on what to do. Meanwhile, the girl’s sister is frantically on the hunt for her, leading to an inevitablly disastrous encounter.

I was among those fairly high on Emergency, noting the consistently high stakes for everyone involved. Williams, who has been a rock star at Sundance the last couple of years (his period romance R#J deserves more attention) is a director to watch.

Emergency hits theaters on May 20th, followed by Prime Video streaming on May 27th.