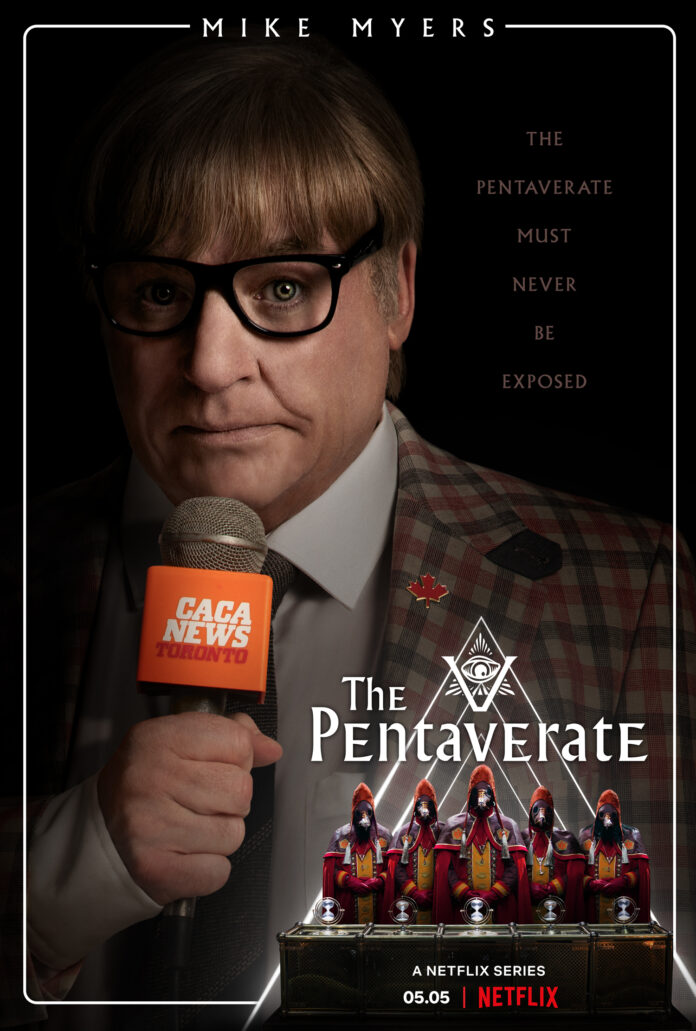 Mike Myers was a true comedic force over a lot of years, beginning with SNL to after with films such as Wayne’s World, Austin Powers, and even Shrek. But eventually, he got stale. Audiences turned away from his cartoonish characters (remember The Love Guru?) that felt stuck in a different decade, and subsequently Myers’ appearances dwindled. But now he’s back in a big way with the Netflix series The Pentaverate, whih has him trying on an assortment of outlandish personas. Is Myers truly back?

The series has Myers playing eight different characters, with the story centering on an Illuminati-esque group trying not to be exposed by a dogged Canadian journalist.

It sounds like fun, and honestly, based on the new trailer, it seems like Myers is having a blast working alongside Ken Jeong, Keegan-Michael Key, Debi Mazar, Richard McCabe, Jennifer Saunders, and Lydia West.

The Pentaverate hits Netflix on May 5th.

What if a secret society of five men has been working to influence world events for the greater good since the Black Plague of 1347? As this new series begins, one unlikely Canadian journalist finds himself embroiled in a mission to uncover the truth and just possibly save the world himself. Remember, the Pentaverate must never be exposed!“