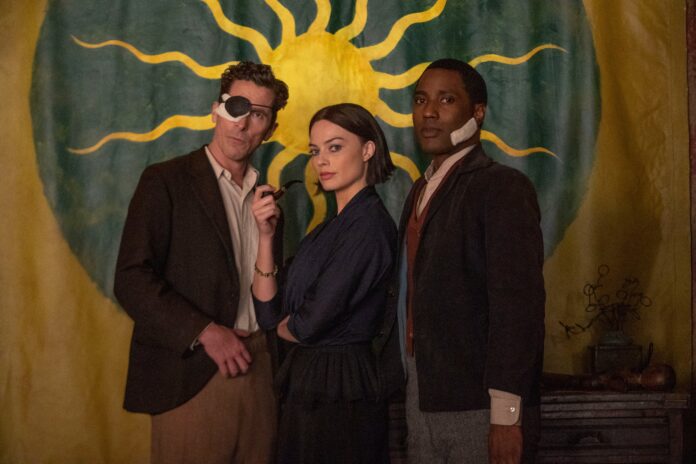 David O. Russell was once the hottest writer/director in Hollywood. Between 2010-2015 he released The Fighter, Silver Linings Playbook, American Hustle, and Joy, an incredible run of critically-acclaimed films with massive star-studded ensembles. But since then? Eh, nada. Well, Russell is back with the absurdist crime epic Amsterdam, and once again he has emptied out the Rolodex to attract the lead trio of Christian Bale, Margot Robbie, and John David Washington.

Set in the early 20th century, the film stars Bale, Robbie, and Washington as three friends, all soldiers who met in Belgium, as they become suspects in a murder that is actually part of a much larger conspiracy.

The absurdist tone clearly puts this in the American Hustle side of things as it blends fact with fiction.

Amsterdam will be a major factor this awards season when it opens on November 4th.

A fascinating and richly intricate tale that brilliantly weaves historical fact with fiction for a timely, cinematic experience, 20th Century Studios’ and New Regency’s original crime epic about three close friends who find themselves at the center of one of the most shocking secret plots in American history, will open exclusively in theaters November 4, 2022.