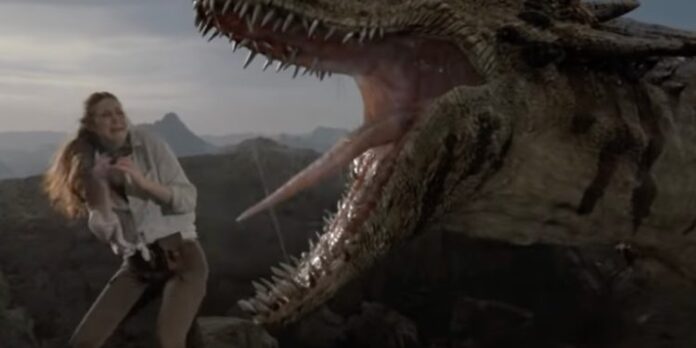 Did you forget about Judd Apatow’s pandemic film, The Bubble? You’re not alone. The film was promoted as being about a group of actors shooting a movie while everything is on lockdown, so they are inside a pandemic “bubble”, so to speak. Well, Netflix has sought to remind us this thing exists with a new teaser for the movie within the movie.

That’s right; there’s scarcely a mention of The Bubble at all. Instead, the footage we get is a tease for Cliff Beasts 6: The Battle For Everest, the movie within the movie. And as the title suggests, it’s appropriately campy stuff, looking like a poor man’s Jurassic World.

We won’t have long to wait. Netflix will burst The Bubble on April 1st, yes, April Fool’s Day.