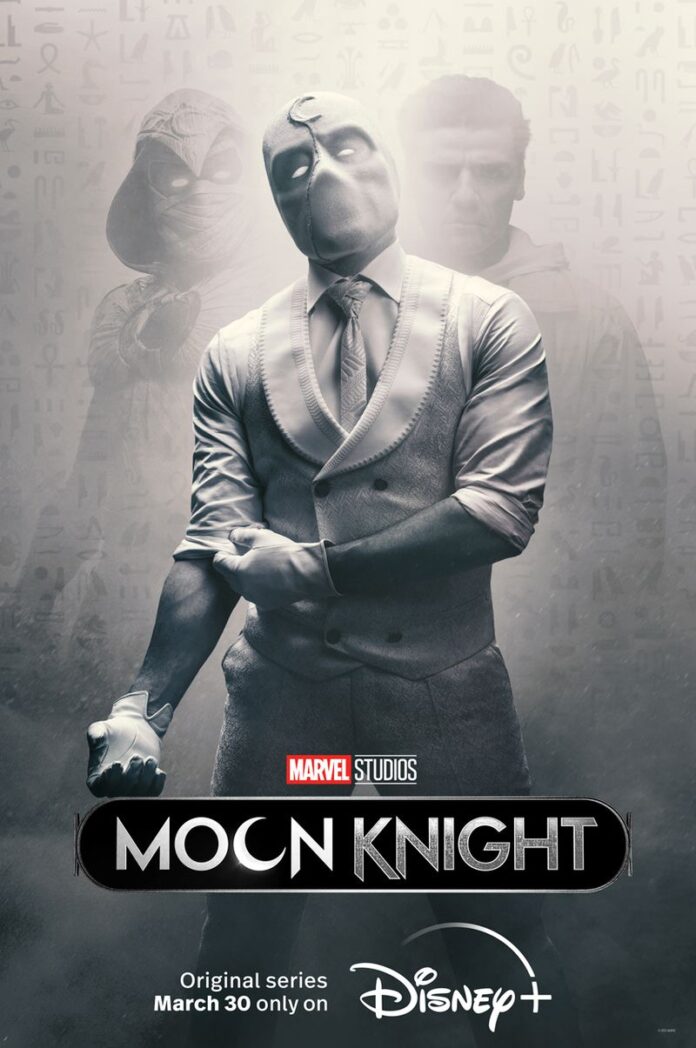 The buzz around Marvel’s Moon Knight series is growing. It definitely feels like we’re on the verge of witnessing something that could be a game-changer similar to the way WandaVision was last year. For one thing, the show is clearly more violent, much darker than anything we’ve seen from Marvel on Disney+. And, of course, it has fan-favorite actor Oscar Isaac playing the fractured antihero.

A new featurette has arrived along with three new Moon Knight posters, featuring Isaac’s Marc Spector in his Moon Knight and Mr. Knight personas. What’s interesting about the character is his dissociative identity disorder, as it’s so rare to see a superhero with a mental illness to be explored.

“Our job was to put a lens on the things that had the most dramatic juice,” Isaac says. “And ultimately, take the mental health aspect incredibly seriously.”

Meanwhile, actor May Calamawy, who plays Layla El-Faouly in the series, pumps up expectations by comparing Moon Knight‘s tone to a pair of stone-cold classics, “Fight Club meets Indiana Jones.”