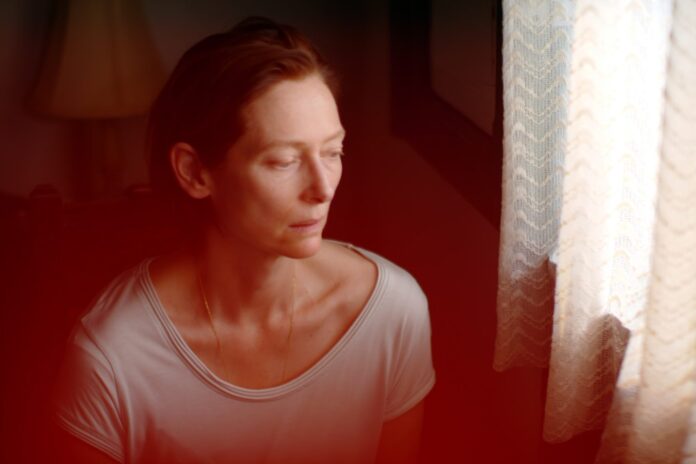 NEON is doing something special for Apichatpong Weerasethakul’s long-awaited film Memoria. They’re throwing out the distribution model we’ve become accustomed to, theatrical release followed by digital, and setting forth to keep it in theaters in perpetuity. That’s right. Memoria will be available in theaters all across the country…well, forever.

The plan had been announced last fall, a “never-ending” theatrical tour of Memoria, which stars Tilda Swinton as a Scottish woman visiting family in Colombia when she is awoken by a strange sonic boom.

NEON has now made official the announcement of Memoria’s nationwide tour, in perpetuity, beginning on April 1st and stretching through October. The film will also play in specialty venues, pop-ups, drive-ins, museums, etc. There will also be an option to rescue a showing of the film in your town. However, what must be made clear is that Memoria will never be on Blu-Ray, or VOD, or a streaming platform like Netflix or Hulu.

I know a few people who saw it either at Cannes or one of its few stops last year and they struggled to describe what the film is truly about. However, they all praise the film’s production and sound design, which may explain why Weerasethakul wants it only seen through the theatrical experience…

“For Memoria, cinema experience is crucial or maybe the only way. Let’s embrace the darkness and dream, one at a time,” Weerasethakul said.

“‘Memoria’ is the perfect film for this moment…Big cinema or bust…Throughout the universe, in perpetuity…”, Swinton added.

The run, which includes an option to suggest a location, will feature non-traditional venues like pop-up drive-ins, museums, art galleries, university screenings, and outdoor events alongside arthouse cinemas.

To check the list of tour stops for this run of Memoria, go to the official website here.