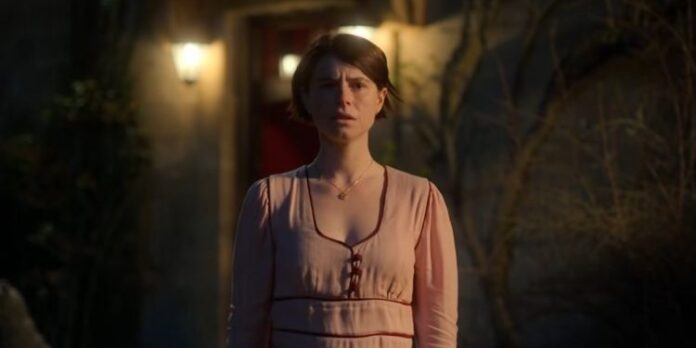 Alex Garland has always had a knack for horror, from his novels such as The Beach and its film adaptation, to others such as Sunshine, 28 Days Later, and I would argue Never Let Me Go is a horror when you get right down to it. But he’s really hit his stride lately, and that bodes well for his upcoming thriller, Men, which finds Oscar nominee Jessie Buckley spiraling into madness in the wake of tragedy.

In the latest trailer, Buckley’s character Harper is enjoying what looks to be a relaxing countryside vacation, but memories of her husband (Paapa Essiedu) committing suicide, apparently by leaping off the roof, still haunt her. She enters a nightmarish purgatory that may or may not be of her own making. It could also be the work of the terrifying innkeeper, played by Rory Kinnear who seems to be enjoying his darker role a little too much.

Men finds Garland reunited with Annihilation, Devs, and Ex Machina cinematographer Rob Hardy. These two can’t miss, and there’s no reason to think they will now.

A24 will release Men into theaters on May 20th.