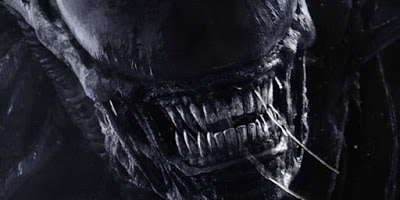 Ridley Scott tried to revive his classic Alien franchise with a couple of ambitious prequels, Prometheus and 2017’s Alien: Covenant. Neither really did the trick, and talk of a third movie have trailed off as Noah Hawley prepares for a prequel series on FX. That said, Alien‘s future in the movies is far from over.

THR breaks the news that Evil Dead and Don’t Breathe director Fede Alvarez will take the helm of an “original” Alien movie set in that epic universe. The film, which Alvarez will also write, will be a Hulu exclusive, similar to what they’re doing with the latest Predator movie, Prey.

20th Century Studios has clearly seen streaming as the preferred outlet for some of the legacy brands brought over since the Disney deal with Fox.

So what’s Ridley Scott’s part in all of this? He’ll stay on board as a producer, and Alvarez made sure to bring his idea to him before this ball got rolling.

This is a pretty big deal. Fans had been pumped at the idea of a Neill Blomkamp-led sequel, but that couldn’t get off the ground while Scott focused on his movies first. It’s interesting that things managed to work out with Alvarez, instead. He’s got a spotty track record AT BEST, and doesn’t seem the safest hands to lead such a prominent franchise into the next stage. We shall see.