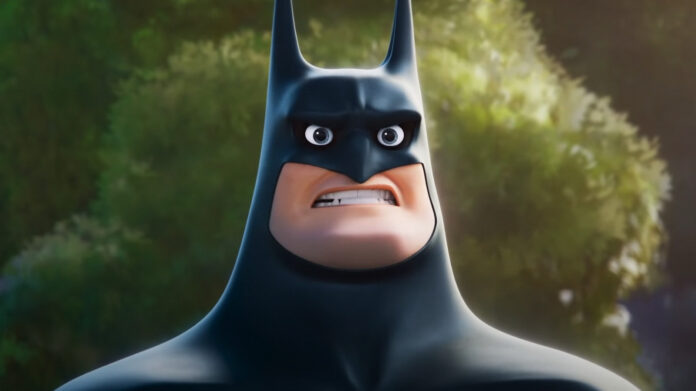 Corporate synergy is a Hell of a thing. So today we learned of The Batman‘s monumental box office success: $249M worldwide. While sequels and other spinoffs are clearly in the works, there are other ways to cash-in on that, like, say, release a new trailer for DC League of Super-Pets that focuses on Batman and his loyal Bat-hound.

Oh, you didn’t know Batman had a canine pal? He most definitely does.

Directing and co-writing is Jared Stern, known for his work on The Lego Batman Movie, The Lego Ninjago Movie, and his recent directorial debut, Happy Anniversary.

DC League of Super-Pets opens in theatres on May 20th.

In “DC League of Super-Pets,” Krypto the Super-Dog and Superman are inseparable best friends, sharing the same superpowers and fighting crime in Metropolis side by side. When Superman and the rest of the Justice League are kidnapped, Krypto must convince a rag-tag shelter pack—Ace the hound, PB the potbellied pig, Merton the turtle, and Chip, the squirrel—to master their own newfound powers and help him rescue the Super Heroes.