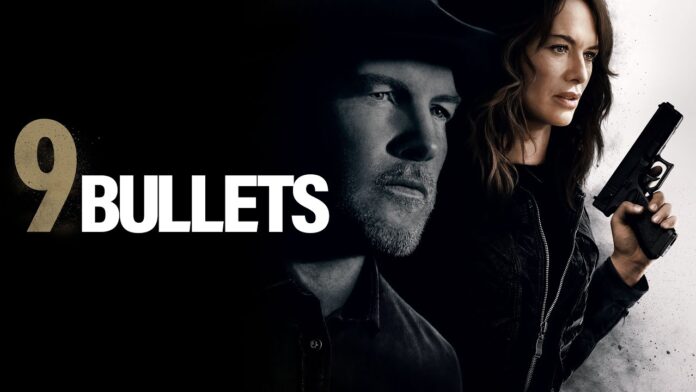 The film stars Headey as a woman trying to protect a young boy who witnesses his parents’ murder, and now is being pursued by bad guys led by Worthington. Headey and Worthington clearly have some history, which makes this life-and-death chase even more complicated.

Headey’s character is a former burlesque dancer turned author, with her character modeled on the famous burlesque performer, Gypsy Rose Lee. Or at least that’s what writer/director Gigi Gaston says.  It’s a pretty cool touch, honestly.  Also, the film features the great Barbara Hershey, she of The Entity fame (or at least that’s my favorite of her roles), rockin’ a shotgun. I’m down for it. Also in the cast are La La Anthony, Cam Gigandet, Dean Scott Vasquez, and Martin Sensmeier.

9 Bullets opens in theaters and VOD on April 22nd.

A former burlesque dancer turned author (Lena Headey) discovers a second chance at life and redemption when she risks everything to rescue her young neighbor after he witnesses his parents murder. Now on the run from the local crime boss (Sam Worthington), who happens to be her longtime ex, she makes a desperate attempt to get the boy to safety.