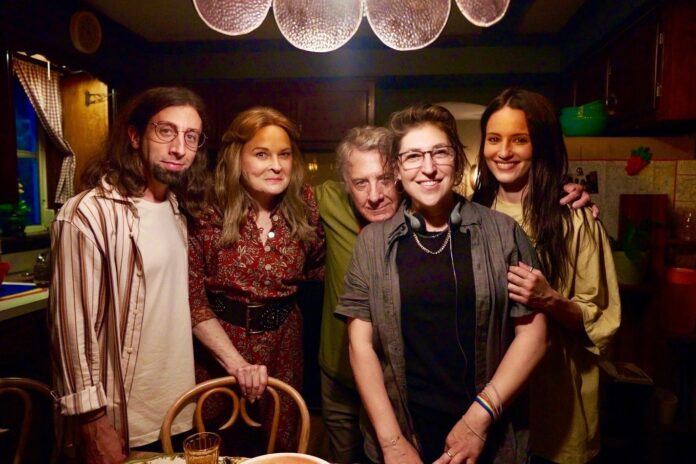 Let’s see, childhood icon, sitcom star, neuroscientist, mom, Jeopardy host. Mayim Bialik has pretty much done everything other than rocket into outerspace. Well, now you can add feature film director to her many list of credits, as she has debuted the trailer for her directorial debut, As They Made Us.

The dysfunctional family film stars Dianna Agron as a divorced mother of two, coping with a father suffering from a degenerative disorder that he and his wife ignore. While at the same time, she’s also dealing with an estranged brother who she wants to reconnect with.

Gathering a cast that includes Glee star Dianna Agron, Bialik’s Big Bang Theory co-star Simon Helberg, as well as screen vets Dustin Hoffman and Candice Bergen, really freed up Bialik to focus on what goes on behind the camera. Not only did she direct, but wrote the script during a particularly trying time in her life after the death of her father in 2015…

“I consider the whole thing this wonderful accident,” Bialik told USAToday. “There’s a very specific year of mourning that we do in traditional Judaism. After that year, I felt an urge that I’ve never felt before to start putting down in writing a lot of my experiences and memories of grief. And literally, I ended up with a screenplay. I’ve never written one before.”

As They Made Us opens in theaters and VOD on April 8th.

Review: ‘As They Made Us’