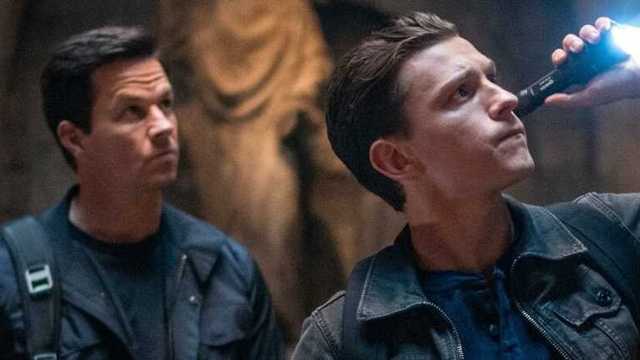 It was a relatively quiet weekend as studios brace themselves for the arrival of The Batman next week. Uncharted had a strong second week with $23M, bringing its domestic haul to $83M and worldwide total to $226M. People love Tom Holland, that much is clear.

Tom Holland continues to hold court with two of the top three spots at the box office. That should change next week when Batman throws a batarana into the works. Spider-Man: No Way Home sit at $1.86B worldwide, placing it at number six all-time.

We shouldn’t be sleeping on Sing 2, as the animated family musical has quietly broken $350M worldwide.

The Foo Fighters’ horror-comedy Studio 666 was totally out of tune in its $1.5M debut weekend. This was always going to be rough going with no major studio support and a very niche genre market. It didn’t help that neither critics or audiences much cared for it. Our review liked it well enough, but she was in the minority.

It feels like an eternity, but Joe Wright’s acclaimed Shakespeare adaptation Cyrano was finally released. Taking in $1.4M at 797 sites is hardly a great start considering the strong reviews and solid buzz for Peter Dinklage, Haley Bennett, and Kelvin Harrison Jr.’s performances, especially considering musicals are hot right now. The timing just feels off, and I think the poor numbers reflects that.