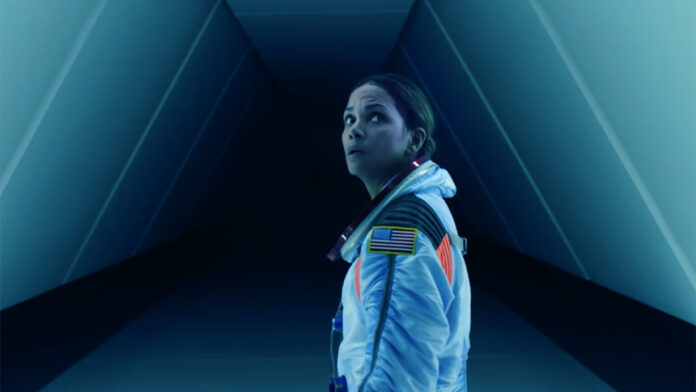 Nobody does end-of-the-world movies quite like Roland Emmerich. It used to be that films like The Day After Tomorrow, Independence Day, and 2012 were gigantic blockbusters as people flocked to see how what insane new way Emmerich had found to destroy the Earth. And he’s outdone himself this time with Moonfall, in which the moon itself is out to obliterate us. Is it mad we walked on it or something?

The film stars Patrick Wilson, Halle Berry, and Game of Thrones actor John Bradley as the trio sent to save the world when the moon is knocked out of its orbit and begins hurtling towards Earth. And if you thought the best way to fight back against the moon was with big things that go BOOM! then you were right!

Also in the cast are Michael Pena, Charlie Plummer, Kelly Yu, and Donald Sutherland. Fun cast for a movie that seems to know exactly what it is.

In Moonfall, a mysterious force knocks the Moon from its orbit around Earth and sends it hurtling on a collision course with life as we know it. With mere weeks before impact and the world on the brink of annihilation, NASA executive and former astronaut Jo Fowler (Academy Award® winner Halle Berry) is convinced she has the key to saving us all — but only one astronaut from her past, Brian Harper (Patrick Wilson, “Midway”) and a conspiracy theorist K.C. Houseman (John Bradley, “Game of Thrones”) believe her. These unlikely heroes will mount an impossible last-ditch mission into space, leaving behind everyone they love, only to find out that our Moon is not what we think it is.