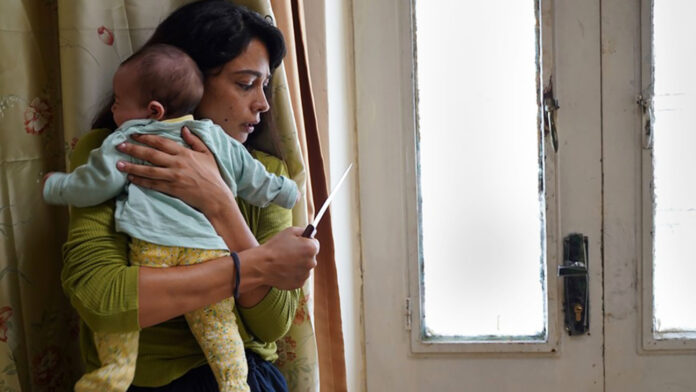 Many women all over the world view going to the hair salon as a retreat or a relaxing self-care ritual. But in Palestinian director’s Hany Abu-Assad’s political thriller Huda’s Salon, a trip to the hairstylist is a lot more sinister than expected.

In the new trailer from IFC Films, what starts out as a normal haircut complete with gossip and husband-bashing soon turns darker as young mother Reem is drugged by salon owner Huda. She is then taken into a back room where her picture is taken in a compromising position to be used as blackmail.

A political thriller through and through about a woman’s place in war, Huda’s Salon is a jarring film. I saw it last year’s Middleburg Film Festival and left feeling very conflicted.

Reem, a young mother married to a jealous man, goes to Huda’s salon in Bethlehem. But this ordinary visit turns sour when Huda, after having put Reem in a shameful situation, blackmails her to have her work for the secret service of the occupiers, and thus betray her people.

You can catch Huda’s Salon in theaters and on-demand March 4th.