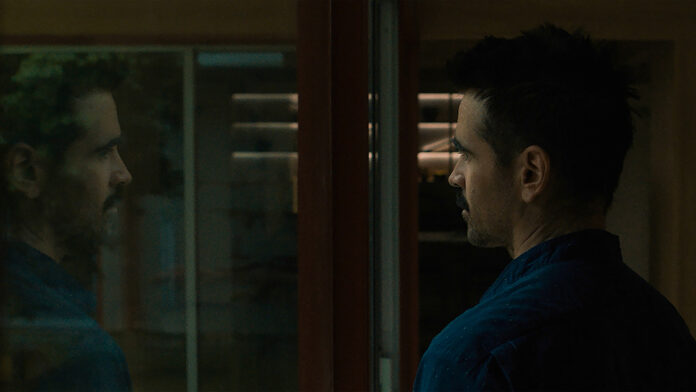 “Did you ever want to be human?”

“That’s such a human thing to ask…isn’t it?”

March is shaping up to be pretty great for Colin Farrell. Of course, he’ll appear as Penguin in Matt Reeves’ The Batman, which I’m as excited about as anybody. But the film I really hope people will turn out for is After Yang, the sophomore effort from Columbus director Kogonada.

If you’ve heard me rave about Columbus over the years, you know deep my respect for Kogonada goes. He’s the guy who made a perfect little movie about human connection and architecture. After Yang, similarly, is about human connection, although in this case it’s a human family and their “technosapien”, Yang.

Farrell plays the family patriarch, with Jodie Turner-Smith as his wife. When their daughter’s artificial companion breaks down, it leads to a soulful exploration of the A.I.’s memories and the true meaning of family.

After Yang debuted recently at the Sundance Film Festival where I called it ‘one of the most accomplished films” to tackle the subject of artificial intelligence, likening it to Ex Machina. A24 will release it in theaters on March 4th, along with streaming on Showtime.

“When his young daughter’s beloved companion — an android named Yang — malfunctions, Jake (Colin Farrell) searches for a way to repair him. In the process, Jake discovers the life that has been passing in front of him, reconnecting with his wife (Jodie Turner-Smith) and daughter across a distance he didn’t know was there.”

First Look: Colin Farrell And Brendan Gleeson Reunited In ‘The Banshees Of Inisherin’