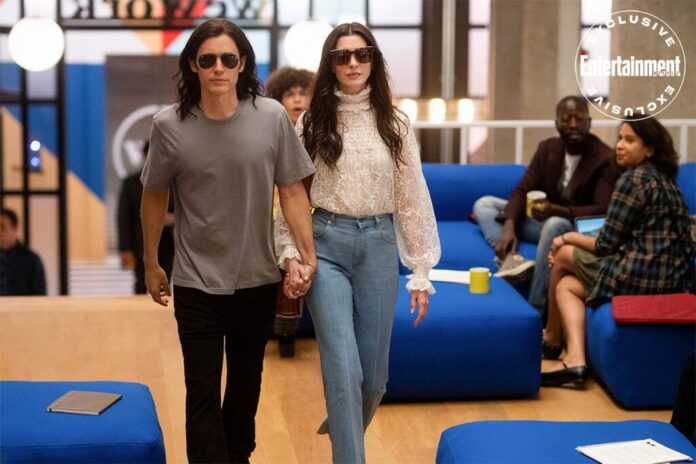 People are obsessed with the inner workings of big business right now, whether they be fictional like in HBO’s Succession, or real-life examples of business gone wrong like in the upcoming AppleTV+ series, WeCrashed. EW has dropped the first look at the WeWork series that stars Anne Hathaway and Jared Leto as infamous execs Rebekah and Adam Neumann, whose business practices and odd behavior led to an epic rise and fall.

And according to the filmmakers, Leto was back doing weird Leto things while he was deep in character…

“We only spoke to ‘Adam Neumann,’” Crevello said. “Jared does this complete transformation, with prosthetics and an Israeli accent,” Eisenberg adds of Leto, who can be seen in the exclusive first-look photo below with a prosthetic nose. “My father’s Israeli, and he had no notes on the accent. I was like, ‘Okay, we’re good. We’re good.’”

WeCrashed will arrive on AppleTV+ in 2022.