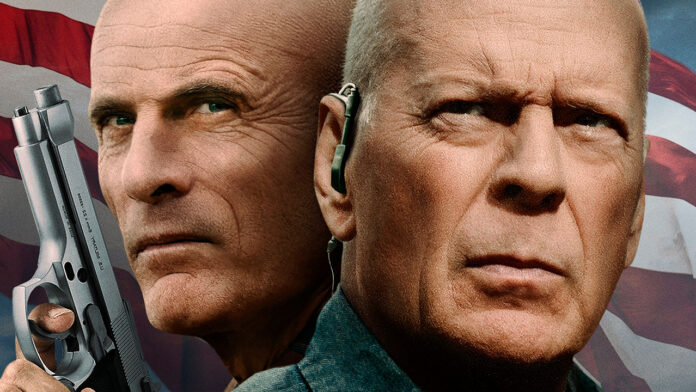 Facilitating Bruce Willis’ descent into B action movie Hell has been the working relationships he’s built. Willis tends to work with the same filmmakers repeatedly, essentially rehashing the same mediocre movies which are why he can do so many in a year. And the latest is American Siege, which finds Willis reunited with Edward Drake, his director on Cosmic Sin, Breach, and Apex which just released last month.

In American Siege, Willis plays a small-town Georgia sheriff who must deal with a gang of outlaws who are holding a prominent doctor hostage.

Some of these Willis flicks can be fun in a “so bad they’re good” kinda way. My issue with them isn’t that Willis does so many of them or their low budgets, it’s that he isn’t putting much effort in them. Most amount to glorified cameos. At least he seems to be putting the work in here.

American Siege opens in theaters and VOD on January 7th.

Washed-up Sheriff Ben Watts (Bruce Willis) guards the secrets of the wealthy residents of a small Georgia town. When three outlaws take a prominent town doctor hostage in search of a missing woman, Sheriff Watts is called in to handle the situation before the FBI arrives. In a race against time, mayor Charles Routledge (Timothy V. Murphy) pressures Sheriff Watts to launch an assault on the hostage-takers and to eliminate all witnesses. When the Sheriff realizes he may be a pawn in a larger scheme, he must carve a bloody warpath to expose the truth behind the town’s dark secrets.