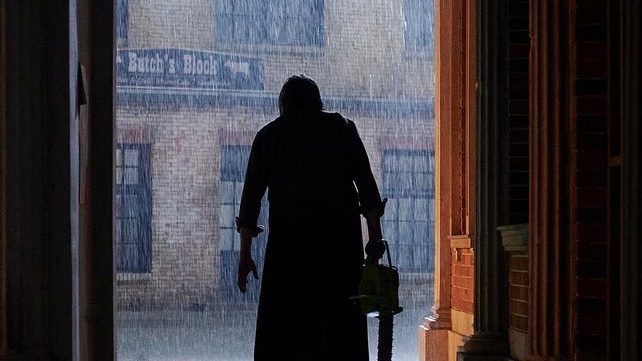 It’s cliche to say it, but the most well-known horror franchises just won’t stay dead. Endless attempts to reboot and revive them have met with a mixed response, although that has changed with David Gordon Green’s successful Halloween films. Of them all, The Texas Chainsaw Massacre might have the most complicated history, with multiple timelines, reboots, and sequels spinning out of Tobe Hooper’s 1974 classic that introduced the world to Leatherface.

And now Leatherface has returned with the help of Netflix, who acquired the streaming rights to a new Texas Chainsaw Massacre a couple of months ago. This one, a sequel taking place 50 years after Hooper’s original, is directed by David Blue Garcia of the indie film Tejano. The cast includes Sarah Yalkin, Elsie Fisher, Mark Burnham, Moe Dunford, Neil Hudson, Jessica Allain. Olwen Fouéré, Jacob Latimore, and the always-creepy Alice Krige.

So not a lot of big names on that side of things. However, the story was conceived by Evil Dead and Don’t Breathe duo Fede Alvarez and Rodo Sayagues, which should have horror fans buzzing. The script was penned by Chris Thomas Devlin.

After nearly 50 years of hiding, Leatherface returns to terrorize a group of idealistic young friends who accidentally disrupt his carefully shielded world in a remote Texas town. 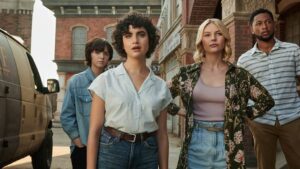