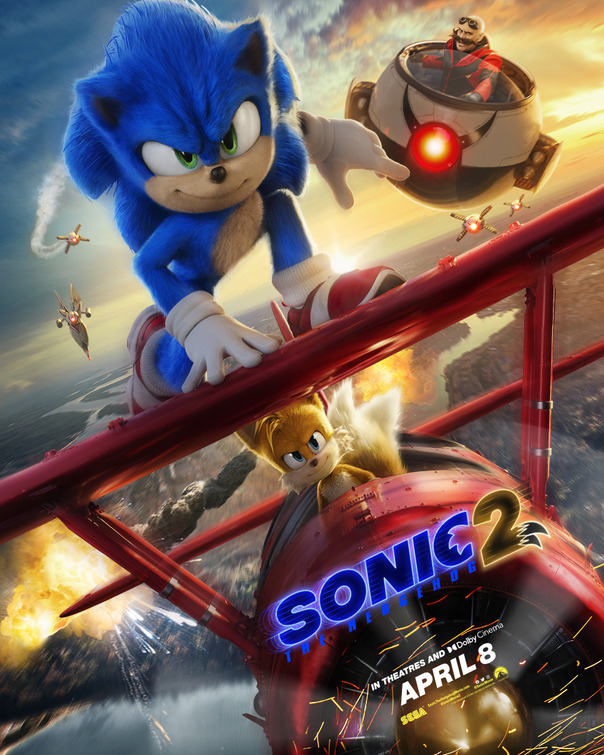 Released just ahead of lockdown in February 2020, Paramount’s Sonic the Hedgehog movie was an unlikely success story. The live-action/CG hybrid earned $319M worldwide and received great reviews, a rare feat for a video game movie. And so it wasn’t long before a sequel was announced, with the first poster arriving now ahead of tomorrow’s trailer.

The first poster for Sonic the Hedgehog 2 features Sonic soaring high in the sky along with his new pal, Miles “Tails” Power, and being chased by Jim Carrey’s evil Dr. Robotnik, who has found a way to escape the Mushroom Planet with the help of Knuckles the Echidna. Ben Schwartz returns to voice Sonic, with Colleen O’Shaughnessey as Tails and Idris Elba as Knuckles.

The live-action cast remains mostly the same with James Marsden, Tika Sumpter, Natasha Rothwell, and Adam Pally all coming back.

‘Sonic The Hedgehog’ Sequel Races Into Theaters In 2022, And Tails Is Coming Along