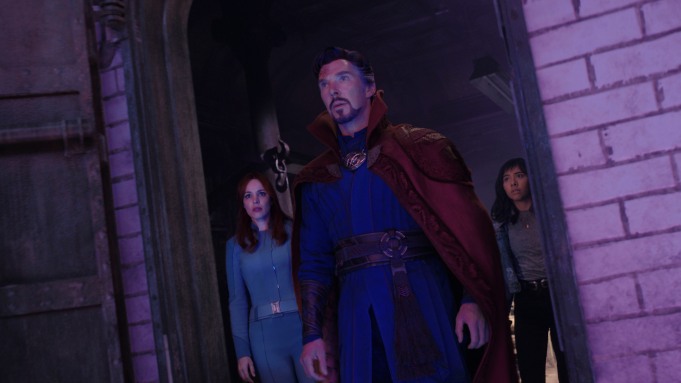 If you stayed through the credits of Spider-Man: No Way Home, and let’s face it, you did, then you saw what amounted to a teaser for Doctor Strange in the Multiverse of Madness. The timing was perfect; not only had we just witnessed a film that encompassed the threat posed by an entire multiverse full of villains, but it was a perfect stepping stone to what Strange will face next.

That teaser is now available for all to see online. This is the film that truly kicks Phase 4 into high gear, as the Doctor Strange sequel will combine elements seen in Loki, WandaVision, and…oh yeah, What If? Not only do we get our first look at Wanda since she went all berserk in her own Disney+ series, but the big baddie is revealed to be Strange Supreme! That’s right, the evil version of Doctor Strange seen in What If? has returned.

We also get a brief glimpse at Xochitl Gomez as the time-kicking America Chavez, a character who promises to be a major fixture in the MCU.

Coming back is Benedict Wong as Wong, who we know is the actual Sorcerer Supreme right now, plus Rachel McAdams as Christine Palmer, and Chiwetel Ejiofor as Mordo.

Doctor Strange in the Multiverse of Madness opens on May 6th 2022, with Sam Raimi behind the camera.